EFCC detects another N4b hidden in GTBank by politician 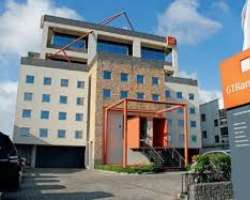 Following a tip-off by a whistle blower,  the Economic and Financial Crimes Commission  on Tuesday uncovered  of a staggering sum of N4 billion suspected to be proceeds of crime, the anti-graft agency announced last night.

“Investigations as to the owner of the funds revealed that the money belongs to a former deputy governorship candidate in Niger State,” EFCC Head, Media & Publicity, Wilson Uwujaren, said.

“The suspect,” according to Uwujaren in a statement, “uses the names of two companies – Katah Property & Investment Limited and Sadiq Air Travel Agency – in laundering the funds.

“Each of the company has N2 billion fixed in its deposit account domiciled in Guaranty Trust Bank.