The Stream Discusses The Spate Of Attacks On Africans In India 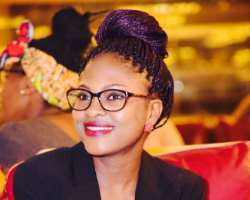 • “If you are black, they consider you as trash.” Nigerian student Sadiq Bello

• “My experience is that it’s everywhere.” Indian photographer Mahesh Shantaram

“They see us as cannibals; they see us as prostitutes; they see us as drug addicts,” says Mina Wumbey, a Ghanaian student in Hyderabad, referring to how she feels stereotyped as an African in India. Wumbey told The Stream that not all Indians are racist, but in her experience “the majority” are.

“If you are black, they consider you as trash,” echoed Sadiq Bello, a Nigerian student in New Delhi.

Wumbey and Bello were speaking to The Stream on Al Jazeera about the spate of attacks on Africans in India.

In the most recent, Nigerian brothers Endurance and Precious Amalawa were strolling with a friend through a shopping mall in a New Delhi suburb, when suddenly a mob of Indian students violently assaulted them. The three young men were punched, kicked, and attacked with objects like steel dustbins and tables as Endurance cried for help and people stood by and watched. Cellphone video of the incident went viral after being posted on the Association of African Students in India Facebook page.

The attackers were among hundreds of people who went on a violent rampage targeting Africans in Greater Noida, after Indian teenager Manish Khari died of a suspected drug overdose. Mobs formed after rumours circulated that Nigerians supplied him with drugs, with signs springing up overnight calling for Nigerians to go back to Africa. When Indian students at a vigil for Khari spotted a group of Nigerian students nearby, they attacked.

Black students are frequently targets of assaults and beatings, particularly around India’s universities, where tens of thousands of Africans from Nigeria, Sudan, Kenya and other countries come to study and find a better life.

Last July, Masonda Ketada Olivera, a Congolese man, was beaten to death in a fight over hiring an auto rickshaw, prompting a flurry of statements and promises from the government amid outrage from African embassies.

African envoys said that case and others are frequently unresolved. Now, they have written a sharply worded letter urging the Human Rights Council of the United Nations to investigate. The Indian government and the police have assured African embassies they are taking necessary steps to protect African nationals.

Police have opened an investigation into the Amalawa’s case and made multiple arrests. Police have also dispatched security to hostels and universities, amid reports of threats to African students in the wake of the beatings. But officials say the attacks are not racially motivated, something echoed by another guest on The Stream, Tarun Vijay.

Wumbey says this denialism is unhelpful. “If they keep denying it… it’s going to keep happening and getting worse day by day.”

Indian photographer Mahesh Shantaram, another guest on The Stream, agrees. “My experience is that it’s everywhere. I’ve met Africans all over India… and we see the same or similar incidents repeating themselves.” He says addressing the issues in isolation doesn’t help solve the root causes.

She is releasing short videos on Facebook to try sensitive the Indian population to Africans. “We are trying to educate people, to let them know that Africa is not a country; Africa is a continent.”

Watch the full discussion at https://www.youtube.com/watch?v=i_yz0dQmxak.