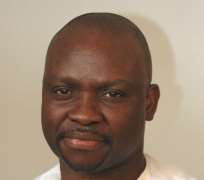 President Olusegun Obasanjo reference to Salamigate as another

confirmation that the Minister of Mines and Steel Development and

former governor of the State, Dr Kayode Fayemi only became the

governor of Ekiti State through judicial fraud, maintaining that he

(Fayemi) has never won any election in his life.
Salamigate is the terminology used to describe the controversial

While playing host to members of the Correspondents Chapel, Nigeria

Union of Journalists, Ogun State Chapter, at his hilltop residence in

Abeokuta on Sunday, Obasanjo said; "...Our judges must be committed in

Because if the investigation is very sound and you have `ogbologbo’

lawyer to handle the case, if you have Salamigate, you know what the

answer will be.”
The Ekiti State PDP in a statement issued in Ado-Ekiti on Monday and

“Fayemi never won the 2009 rerun governorship election. Rather, he was

awarded victory by Justice Salami after cancelling votes in wards

President Obasanjo.”
The PDP said Nigerians should recall that records of telephone calls

and messages between Justice Salami and APC chieftains like Lai

Mohammed before and after the judgment were made public, confirming

that the judgment was obtained by fraud.
“It should also be recalled that even programmes of Fayemi’s swearing

in ceremony and other souvenirs were printed more than two weeks

before the judgment was delivered.
“Up till today, that Appeal Court judgment of October 10, 2010 that

matter and with Obasanjo’s reference to Salamigate as terminology for

judicial manipulation, it should be clear to Fayemi himself that he

became governor by judicial fraud.
“Perhaps, Fayemi may now have to ask Baba Obasanjo what he meant by

Salamigate. He should also ask Engr Segun Oni that he cheated out of

office why he dragged Justice Salami and others before the National