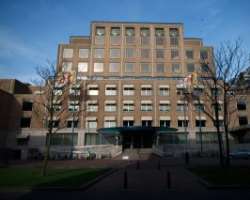 Former President Goodluck Jonathan is thought to be among the beneficiaries of $400m paid to  a former Attorney-General of the Federation, Mohammed Adoke (SAN), as bribe money in the controversial Malabu oil deal, according to a report by a US news website Buzzfeed.

According to the report, it is believed that the president and the former AGF as well as some members of the National Assembly may have received about $400m from the $1.3bn paid by oil giants Shell and Eni, into a Federal Government escrow account.

Buzzfeed cites a former Russian Ambassador and Intelligence Officer, Ednan Agaev as saying this while speaking with officials of the Federal Bureau of Investigation in the United States as well as Italian prosecutors.

Detectives in the US, the Netherlands and Italy are jointly investigating the $1.3bn Malabu scam which Nigerian officials have described as the biggest single scam ever perpetrated against the Nigerian people.

Agaev's testimony has since been tendered in an Italian court as evidence where Adoke and a former Minister of Petroleum Resources, Dan Etete, are being charged. Etete is also said to be the owner of Malabu Oil and Gas Limited.

According to the court documents, Agaev, who worked as a middleman between the oil companies and Etete during the Malabu deal, told the FBI and Italian prosecutors that Etete had told him he needed to pay $400m in bribes to senior Nigerian officials and parliamentarians.

The report states in part, “Agaev was asked about payment of his commission. Agaev stated that he went to Etete and told him to pay him $65,000,000. Agaev stated that Etete said, 'I can't pay you, I have to pay Adoke [Mohammed Bello Adoke, then Nigeria's attorney general] $400m and all the other people in the Senate and the National assembly.' Agaev stated that he would think President Goodluck Jonathan got at least $200m of this money.”

In a follow-up interview with Italian authorities, Agaev repeated his allegations. “I said that if it's true, that he paid, he had to pay $400m, I assume that at least $200m went to Goodluck,” he said. “I heard from Chief (Etete), he claims that he had to pay $400m, so, if this is true, if he paid $ 400 million, then most probably the President, as the biggest boss, took at least the half of it.”

Jonathan, Etete, Adoke and all indicted oil firms have, however, denied all the allegations levelled against them.

The former President's spokesman, Ikechukwu Eze, told a Punch correspondent on Sunday, there is nothing new in this recycled fallacy. “I am aware that following some speculative news reports earlier in the year, on this same conjecture and fabricated claims, and the public interest they generated, ex-President Dr. Goodluck Jonathan's Office offered a clarification in a statement issued in January, 2017.”

Jonathan, had in the January statement, described the allegation as a false narrative

“We make bold to point out that the former President never sent Abubakar Aliyu or anybody else, as the innuendoes in the false report suggest, to ENI, the IOCs or any indigenous operator to seek favour or collect any gratification on his behalf,” he had said.

The Malabu Oil scandal involves the $1.3bn paid by oil giants, Shell and Eni, to Federal Government accounts in 2011 for OPL 245 which is said to hold reserves of about 9.23 billion barrels of oil.

The OPL 245 was said to have been bought by Etete under questionable circumstances in 1998 when he was the oil minister. Etete was said to have bought it for a fraction of its actual value. However, it was revoked by the President Olusegun Obasanjo administration.

During the administration of ex-President Goodluck Jonathan in 2011, the then AGF, Adoke, brokered a deal for the sale of the OPL 245, acting as a middleman between Shell and Eni on the one hand, and Etete's company, Malabu, on the other hand.

Shell and Eni were said to have paid about $1.3bn for the OPL 245 which was paid into two escrow accounts owned by the Federal Government.

Photo: Shell headquarters in The Hague