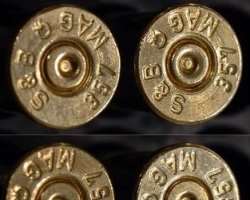 A Magistrate court in Osogbo, Osun State presided over by Chief Magistrate Falilat Sodamade has ordered that a 19-year old teen, Hammed Waheed be remanded in prison for unlawful possessing cartridges.

Police prosecutor, Mereti Wilson told the court that the teen was arrested with three cartridges on the 19th of March, 2017 at Ago-Wande area in Osogbo.

He added that the accused person could not give a satisfactory account of where he got the cartridges from and what they were meant for when he was arrested.

He said the offence committed by the accused person is contrary to section 8 and punishable under section 27(1)(b)(ii) of the Firearms Act Cap F.28, Laws of the Federation of Nigeria, 2004.

The plea of the accused person was not taken but his counsel, Barrister Okobe Najite prayed the court to grant his client bail in the most liberal terms.

In her ruling, Chief Magistrate Sodamade over ruled the bail application of the counsel and ordered that the accused person be remanded at Ilesa Prison Custody pending when information will be filed against him at the High Court.