Buhari will return to London for medical check-up, says Presidency 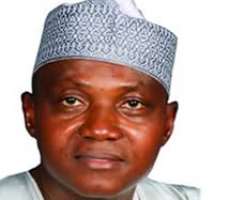 The Presidency on Thursday said President Muhammadu Buhari has not changed his plan to return to his doctors in London, United Kingdom for check-up.

The Senior Special Assistant to the President on Media and Publicity, Garba Shehu, said this in an interview with journalists.

Shehu said it was not true that Buhari had decided to bring his doctors to Nigeria instead of returning to London.

The presidential spokesman however did not specify when Buhari would return to London.

He said, 'It is false news (that Buhari is no longer going to London). We are not aware of the reported advance movements.

'The last time the President spoke about this, he said he would return to his doctors after some time. We are not aware that this has changed.'

Buhari had shortly after he returned to the country after his 49-day medical vacation in London admitted that he had never been that sick in his life.

He then gave an indication that he would return to London for further check-up.

'I am feeling much better now, there may, however, be need to have further follow-ups within some  weeks,' the President had said.