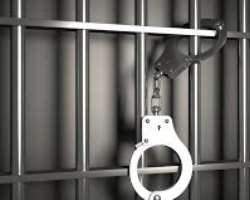 A 60-year old man, Kazeem Adekitan has been sentenced to three years imprisonment for stealing one Honda Accord car in Osogbo, Osun state.

Adekitan was earlier arraigned by the Osun State police command before an Osogbo Magistrate court on the 1st of December, 2016 for allegedly stealing a car.

Police prosecutor, Mereti Wilson told the court then that the accused person stole the car that belongs to one Adigun Lukman on the 3rd of October, 2016.

The accused person pleaded not guilty then and was granted the bail of N200,000 with one surety in like sum.

But since then the accused person has not been able to perfect his bail and has been in prison custody.

Speaking at the court today, the accused person changed his plea to guilty.

"My wife and child died in a road accident while coming to the court to perfect my bail and I have no other family except them. Please have mercy on me. I have been in prison all this while since there is nobody to perfect my bail for me."