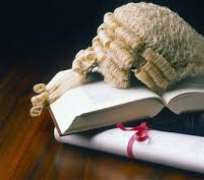 Workplace sexual harassment can include a one-off incident or a series of incidents. Both male and female colleagues can either be the victim or offender. It is particularly serious when behaviour of this kind is initiated by any official who is in a position to influence the career or employment conditions (including hiring, assignment, contract renewal, performance evaluation, working conditions, or promotion) of the victim. Sexual harassment may also occur outside the workplace and/or outside working hours.

The Nigerian Labour Act and the many HR policies that workers in Nigeria are commonly bound by are silent on the issue of workplace sexual harassment. This has left many victims of this problem in doubt as to their legal options. Workplace sexual harassment results in violation of the fundamental rights of a worker which include dignity of the human person and personal liberty guaranteed under the 1999 Constitution.

A person’s right to protection against sexual harassment and the right to work with dignity are universally recognised human rights by international conventions and instruments. Hence every person has the right to practice any profession or to carry on any lawful occupation, trade or business which includes a right to a safe environment free from sexual harassment.

To be clear, the said Order 14 of the NIC Rules is not necessarily a codification of the law on workplace sexual harassment; as this workplace vice has always been actionable before the courts. However, the new NIC provision is helpful in at leastthree major ways. Firstly, it defines what amounts to workplace sexual harassment. Secondly, it explicitly makes it an actionable claim. Thirdly, it provides a guide on how to prove it before the court.

A worker who suffers from any of the above can institute an action at the National Industrial Court for reliefs, which include monetary compensation, damages and injunction.

Protesting against sexual harassment is extremely difficult because it most often results in a hostile work environment, delay in promotion or even loss of job. The daily humiliation is compounded by the forced repeated encounters with the offender who is often a person in power in the office. Harm caused by sexual harassment is often extreme, including humiliation, loss of dignity, psychological (and sometimes physical) injury, damage to professional reputation and career. Inevitably, the victims face a choice between their work and their self-esteem. Sometimes, they face a choice between their jobs and their own safety. While these effects are not seen instantly, they linger on in the mind of the victim long after the abuse has taken place. Employees who become less confident overtime are sometimes the victims of sexual harassment.

While the person who sexually harasses someone else is liable for their behaviour, employers can also be held vicariously liable for acts of sexual harassment by their employees or agents. This would be more so where there is proof that the employer was aware of the sexual harassment but failed to protect the victim or punish the offender. In fact, employers that do not take steps to prevent sexual harassment can face major costs in decreased productivity, low morale, increased absenteeism, health care costs and potential legal expenses.

Some types of sexual harassment may also be offences under criminal law and should be reported to the police. These include behaviours like indecent exposure, stalking, sexual assault and obscene or threatening communications.

Companies that want to manage their risk prudently must act before the problem occurs. Employers should adopt a clear sexual harassment policy, by devoting a section in their employee policy handbook to sexual harassment that outlines the following:

It is better to be safe than sorry.