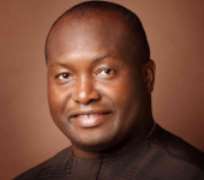 Ifeanyi Ubah has been conditioned to adore gluttony and scorn virtue, whatever it costs him. Like infamous magnates of sleaze led only by lust for money and material things, Ubah preys on the Nigerian business environment without the fear of law or penalty for his several shady enterprises.

Yes, Ifeanyi Uba, the owner of Capital Oil, has been arrested and detained by Nigeria’s Department of State Security.

The controversial businessman was previously implicated in a fraud saga with the Nigerian National Petroleum Corporation, accused of embezzling funds from an illegal sale of petrol saved in his facility.

When Saharareporters contacted Mr. Ubah’s aides to confirm his whereabouts, but they did not call back despite promising to do so.