NIFST Aligns with Health Ministry on the Fanta and Sprite Controversy 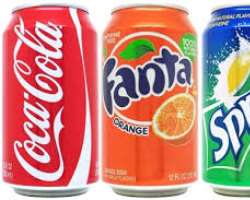 The Nigerian Institute of Foods Science and Technology (NIFST), a professional association of Food Scientists and Technologists with membership of over 10,000 spread across various sectors in the country, has declared its professional stand on the controversy over the levels of benzoic preservative in Fanta and Sprite and their relationship with ascorbic acid (Vitamin C). The Institute’s position, which supports the Health Ministry’s stand on the matter, was made known in a statement signed by NIFST National president, Dr. Dahiru Adamu, and made available to the media.

NIFST’s position comes after the Federal Ministry of Health has cleared the air on the misrepresentation of the facts that followed the court judgement in the case of Fijabi Holdings and others vs NBC and National Agency for Food Drug Administration and Control (NAFDAC) over levels of benzoic preservatives in Fanta and Sprite. Dr. Adamu, in the statement, said it has become necessary to make clear the institute’s professional stand on the subject matter and, in particular, as it relates to the recent controversy on the levels of benzoic preservative contained in Fanta and Sprite respectively, which is centred on the perception that these products contain excessive levels of benzoic preservative vis-á-vis the permissible limits in the UK and therefore poisonous if consumed together with Vitamin C (Ascorbic acid).

The institute said it aligns with the recent Federal Ministry of Health statement which unequivocally confirmed the following incontrovertible facts: “That benzoic acid is globally certified by the Codex Allimentarius Commission (CODEX) as a safe preservative used generally in food and beverage products around the world. That the Nigerian Industrial Standards for benzoic preservative for soft drinks is 250mg/kg and well within the international CODEX standard of 600mg/kg. That Nigeria and the UK, just like every other country, are at liberty to set their respective national standards referencing the CODEX standard and taking into consideration their peculiar environmental and other realities. That the results of tests carried out on the NBC products in question (Fanta and Sprite) by the UK Custom authorities in 2007 and by Nigeria’s National Agency for Foods and Drugs Administration and Control (NAFDAC) in December 2016 showed that the products were in compliance with Nigeria’s regulatory standards for benzoic levels and are therefore safe for human consumption.”

Dr. Adamu said as informed stakeholders, the science of benzene formation from interaction between benzoic acid and ascorbic acid is based on the provision of specific conditions such as presence of ultra violet light and high temperature of about 60 degrees Celsius. “Science is fact-based and there has not been any reported incidence that these two conditions are prevalent in the Nigeria environment. NIFST also believes that the science and technology of interactions of food additives within the food matrix - being a dynamic and an evolving subject - provides the opportunity for open discussions as well as more exploration in this regard,” he noted.

Dr. Adamu also informed that NISFT shall, as a matter of priority, set up a committee of experts to look at the future opportunities and trends with serious engagement of the stakeholders on food safety, to find a sustainable solution, including collaboration to drive awareness programmes to avert the reoccurrence of the current needless controversy which does not reflect the sound principles upon which established science is based’.

NIFST, through the statement, also appealed to the Federal Government and the National Assembly to fast tract the passage of the bill for the establishment the Nigerian Council For Food Science and Technology which has been before the National Assembly since 2014, as this remains the only tool that can give strength to the professionals to adhere to and ensure good manufacturing practices and global best practices in realizing food safety and wholesomeness.