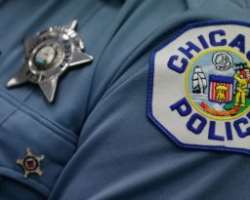 A missing 15-year-old Chicago girl who was reportedly sexually assaulted by several attackers in a Facebook Live recording has been found, her uncle confirmed to reporters. The high school freshmen went missing on Sunday (19 March) and was finally reunited with her mother on Tuesday (21 March), authorities said.

The girl had spent Saturday (18 March) with her uncle, Reginald King, before she went missing, he said. King told The Chicago Tribune that the next time he saw his niece was on the Facebook Live video, when she was being gang-raped.

“She was heinously raped, beaten and abused and assaulted on tape — on Facebook Live. So whatever picture people want to paint of her — she was a chronic runaway or whatever—nobody deserves that. No human being deserves for that to happen to them” King told ABC 7 Chicago.

King confirmed the teenager was reunited with her mother and taken to a hospital on Tuesday. She was examined for injuries, including puffy cheeks and a busted lip.

Holmes was one of the first to be made aware of the video’s existence, which was reportedly viewed by at least 40 people. Police said that no one called 911 to report the live video.

Although no charges have been announced, police spokesman Anthony Guglielmi tweeted that investigators were “making good progress identifying persons of interest in the 10th Dist assault. Interviews ongoing but no formal suspects named yet.”

Ald Mike Scott told the Chicago Tribune that he was told late Tuesday that one juvenile had been arrested.

Holmes added that authorities know who they are looking for. “At this point they do know a few. They may have been in contact with them today, I do not know, but I do know they have identified a couple. But there’s more than just two,” he said.

According to ABC 7, the victim remains in hospital as she recovers from her injuries.