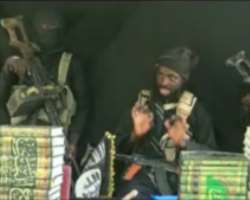 Abubakar Shekau, the contested leader of Nigeria’s Boko Haram terror group, has purportedly appeared in a video rejecting claims dozens of his fighters had been killed. In what could be his first appearance in months, Shekau criticised the Cameroonian government – part of an anti-terrorism coalition – for claiming the army had killed scores of fighters and freed thousands of hostages.

“We fought along the Cameroonian border. You lied that you killed 60 of our fighters, that you arrested 20 of our men, that you freed 5,000 of your people,” he said, according to AFP.

“[Cameroon’s President] Paul Biya, is it that you can’t live off lies? Is it with this that you are going to convince the West, your leaders? It is unfortunate. Be careful, Paul Biya,” the militant continued.

Shekau – who spoke in the local languages Hausa and Kanuri, as well as Arabic – said he was “in good health”, contrary to claims he had been injured during fighting against the Nigerian army and its allies. He added the group’s “caliphate is running smoothly”.

The footage comes days after Shekau’s faction is believed to have released an execution video. The footage shows militants killing three men accused of being military spies.

The video follows the Nigerian army’s repeated claims that the fight against the insurgents, blamed for the death of thousands of people, was over.

Why was Shekau replaced?

Last December, the army claimed it had stormed Boko Haram’s last known stronghold in Sambisa Forest, in the restive Borno state. However, Shekau denied the claims in a recording.

In 2016, Boko Haram’s ally, the Isis terror group, replaced Shekau with Abu Musab al-Barnawi, a former Boko Haram spokesperson. The split has created friction among the group’s factions, estimated to be at least three.

Is the fight against Boko Haram over?

Boko Haram used to control territories the size of Belgium. However, Nigeria’s ongoing military operation, Lafiya Dole, and a regional offensive – consisting of 8,700 troops from Nigeria, Niger, Chad, Cameroon and Benin – have scored some success, with soldiers recapturing key territories and releasing thousands of civilians held captive by the group.

The Nigerian army did not comment on whether the men executed were military spies.

“We are focusing on stabilization and consolidating our counterterrorism and counter-insurgency operations,” army spokesman Sani Usman told Reuters. “Let them mention that part of Nigerian territory they are holding,” he said.

Security analysts have pointed out that declaring a victory over the group is premature, given that Boko Haram is still able to carry out attacks and recruit people.

Experts also warned that underlying issues such as disenfranchisement, poverty and strong links with Isis would continue to pose major threats to stability in the region.

Nigeria up close: Check out our Flipboard magazine

Who are Nigeria’s Boko Haram terrorists?

Boko Haram, which has renamed itself Iswap, fights against Western influence in Nigeria and aims to impose its version of Sharia law throughout occupied territories.

The group launches attacks in Nigeria and neighbouring countries in a bid to take control of more territory. Three Nigerian states − Adamawa, Borno and Yobe − have been under a state of emergency since May 2013.

Boko Haram has killed more than 20,000 people since 2009 and was deemed the world’s deadliest terror group, surpassing Isis in November 2015. Nigeria has also become the world’s third-most terrorised country as a result of the group’s violent insurgency.