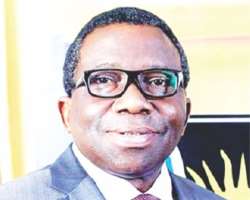 The Federal Ministry of Health yesterday put the controversy over the status of Fanta and Sprite to rest.

The ministry declared both brands safe for consumption.

There had been wide spread fears in the country following  the judgement of a Lagos High Court that  the National Agency for Food and Drug Administration and Control (NAFDAC) should  order  the Nigeria Bottling Company (NBC) to issue a mandatory warning that the contents should not be taken with Vitamin C in order to avoid poisoning.

The ministry waded into the meeting yesterday by calling a meeting  with officials of the  Department of Food and Drug Services, NAFDAC, and Standards Organisation of Nigeria (SON) to address the matter.

Spokesman for the ministry, Mr. Akinola Boade, said in a statement at the end of the meeting that the findings of the Ministry's investigation revealed that both Benzoic acid and Ascorbic acid (Vitamin C) are ingredients approved by International Food Safety regulators and used in many food and beverage products around the world.

He said the Benzoic acid content in both drinks remains within the specification set by  Codex Alimentarius Commission (CAC),the organ established by Food and Agriculture Organization of the United Nations (FAO) and World Health Organization (WHO) to set internationally recognized standards, codes of practice, guidelines relating to foods, food production, and food safety.

'With reference to the Codex standard and other relevant documents, Standards Organisation of Nigeria (SON) as the standard setting body in Nigeria in consultation with technical experts and relevant stakeholders elaborated the standard of benzoic acid in soft drinks to be at 250mg/kg based on the National climatic and storage conditions - this standard has been in existence since 1997 and revised in 2008 (NIS 217:2008).

'The levels of benzoic acid in Fanta (1 batch) and Sprite (2 batches) presented by the claimant in the court are 188.64mg/kg, 201.06mg/kg and 161.5mg/kg respectively; these levels are in compliance with both the Codex and Nigeria Industrial Standards.'

The ministry pointed out that 'NAFDAC and SON regularly monitor the manufacturing practices of food industries and conduct laboratory analysis to ascertain continuous compliance with required national standards; there was a routine inspection conducted at Nigeria Bottling Company by NAFDAC officers in December 2016 which was satisfactory.'

On the difference between the standard of Fanta and Sprite in Nigeria and the United Kingdom,it said  ' each country or region is permitted to adapt a standard/limit based on country-specific scientific evidence such as environmental, storage and distribution conditions; Benzoic acid as a preservative prevents the growth of microorganisms which thrive more at higher climatic temperatures like in Nigeria.

'Due to the different environmental conditions obtainable in the UK, the standard for benzoic acid was set at a lower limit of 150mg/kg while in Nigeria it was set at 250mg/kg even below that of Codex (as at time of production of that batch; Codex limit was 600mgkg); and Food products being imported into a country must comply with the relevant standards of the destination country.'

It said the plaintiff in the suit that sparked the controversy  'did not obtain NAFDAC certification before export, otherwise, he would have been advised on the required standard of the destination country.'