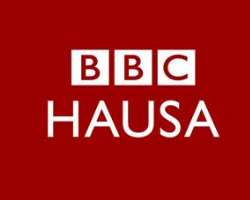 The BBC Hausa Service will be celebrating its 60th anniversary next week. Various events, recognising the history and success of the service, have been lined up for its Diamond Jubilee in London and Nigeria.

The service, which has one of the biggest audiences of the BBC World Service languages, will run a series of special programmes from the 21st of March.

Events include a lecture in Abuja on the role of the media in promoting Hausa language and culture. It will be delivered by Media and Culture Scholar, Professor Abdalla Uba Adamu and host invited dignitaries.

The service will also recognise and celebrate its former employees in London and Nigeria with some of them guest-presenting programmes.

BBC Hausa made its first broadcast on the 13th of March 1957 when Nigeria and other African countries were struggling for independence from colonial rule. It has continued to be a source of trusted and impartial news to millions of people in Nigeria and to diaspora communities around the world.

Francesca Unsworth, Director of the BBC World Service Group, says: “We are very proud of the BBC Hausa service and the many years of vital broadcasting it has provided for our audience. This fantastic milestone shows its great success, and long may it continue.”

Jimeh Saleh, Acting Head of BBC Hausa, says: “The anniversary is an opportunity to reconnect with our audiences whose trust has kept us ahead of the competition through the decades. It is also a time of reflection for us on the challenges we face as we seek innovative ways of serving them better on the fast-changing digital landscape.”