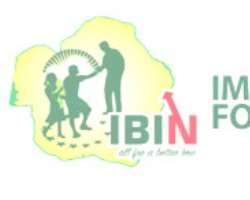 As the leading pro democracy watchdog in Imo state, our attention has been drawn to the disturbing effort by the Imo State government through the Chief Press Secretary to the Governor, Mr. Sam Onwuemeodo to destabilize and factionalize the Independent Newspaper Publishers Association in the State. Our findings have shown that the government is after this association because of their recent demand of stewardship accountability from the government of Governor Rochas Okorocha especially over the 26.8 billion Naira bailout fund, the over 13 billion Naira Paris loan refund, the federal allocations to the local governments since 2011, failure to conduct local government election in six years and many more. It will be recalled that our group had earlier made similar demands on the state government through various letters that are yet to be responded to. In our own case, instead of the government responding to our demand she resorted to harassment and intimidation. Today our National Coordinator is facing charges of public incitement and defamation in court after spending 57 days in Prison courtesy of the Deputy Governor while the Chief of Staff to the Governor has dragged some media houses and journalists to court over the bailout fund. We wish to remind the government that no amount of intimidation, financial inducement or suppression can stop an idea whose time has come. The idea of demanding accountability and transparency from government has come and it has been emboldened more by the FOI law.

We have also observed the desperate move by the government as represented by Mr. Sam Onwuemeodo to factionalize the Independent Newspaper Publishers Association through financial inducements. We salute the courage of Elder. Lambert Ojukwu and those who are standing by him on this patriotic call while we advise the Judas like dissidents who have sold their conscience for N500,000 to retrace their steps as Imo people are watching them.

IBIN is happy that for the first time she is no more the only voice shouting in the wilderness, though belated but at least an additional voice is joining her in the demand for stewardship accountability from a government that has inflicted untold hardship and poverty on Imo people over her bad policies. This shows that Imo people are waking up from their unhealthy slumber and soon we shall have a united action to demand for stewardship accountability from the state government.

Imo Bilie Initiative for Social justice condemn in the strongest term the attack on INPA by Mr. Sam Onwuemeodo and the Imo state government as unfortunate and undemocratic. It is to us another attempt to stifle the freedom of press and expression in Imo state. This is a democracy and the government must learn to conduct herself democratically.