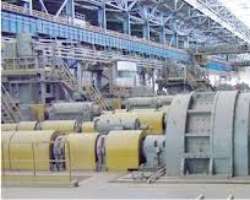 The Federal Government has said it will sell the Ajaokuta Steel Complex to a private sector operator with the capacity to turn around the fortunes of the beleaguered company.

The Minister of Mines and Steel Development, Dr. Kayode Fayemi, said this during a visit to the Abuja Steel Mill, according to a statement issued on Tuesday his Special Assistant on Media, Mr. Olayinka Oyebode.

Fayemi, who stated that the government was putting a lot in place to ensure that the Ajaokuta Steel Complex got back to life, said the company would no longer be run as a public concern.

Although, he did not disclose when the Federal Government would invite bids from prospective core investors, the minister listed some of the criteria to be met by anyone willing to invest in the steel complex.

He said experts with proven track records and the required financial capability would be encouraged to key into the scheme through a competitive bidding process that would be transparent.

The Ajaokuta Steel Complex was recently recovered from an Indian firm to whom the Federal Government had given it to as a concession until the deal was revoked.

The Federal Government accused the Indian firm of asset-stripping, adding that nothing was being done to develop the complex. This prompted the concessionaire to head to the International Court of Arbitration in London, but both parties reached an out-of-court settlement, with the company getting the Itakpe Iron Mining Company.

The minister said the Federal Government was committed to ensuring that Ajaokuta worked, because it believed that a functional Ajaokuta Steel Complex would greatly assist the country's developmental drives.

He identified the most crucial needs of the country as energy and power, and advised that since the government was putting the necessary infrastructure in place to address the needs, steel companies operating in the country should continue to maintain high product quality and put them out at reasonable prices for consumers, especially now that the pressure on the dollar was reducing.