Ohaneze and Its Unjustified  Fear of the Army 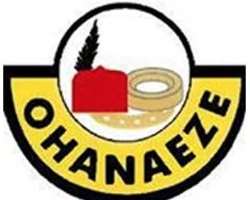 It takes morbid fear to work up the courage to condemn what a large population are commending. When the Nigerian Army inaugurated a 7-member Special Board of Inquiry into allegations of human rights abuses against it the development was met with accolades. Several people commended the development as a plus for the Army because it will help it identify those that conduct themselves against the agreed rules of engagement. But it was not so for Ohaneze Ndi Igbo whose President General, Chief John Nnia Nwodo rushed to the public square with a declaration that the outcome of the inquiry would not be acceptable to his group.

Had Chief Nnia Nwodo's tirade happened when Ohaneze was still a group that command respect the Special Board of Inquiry would have been dead on arrival. But for this type of article, Nwodo's tantrum has been forgotten and even horde of separatists troll on the internet barely paid attention to the statement as they moved on to what they enjoy doing, bemoaning a civil war that was fought even before they were born. For Nwodo, and any other person that joined him in concocting the press statement in which it disparaged the inquiry, the task ahead of them has moved from difficult to impossible as Nigerians will take their platform even less seriously now that it has been revealed they are scared witless.

Unfortunately, the fear that propels Nwodo and his associate is not about the safety of the people of the South East – all law abiding Nigerians are safe from the security agencies, including the Army. It is a fear of losing the meal tickets that Ohaneze has severally been deployed to secure for those piloting its affairs. These meal tickets are valid when people running the federal government see a socio-cultural organization as having enough clout and influence that can be drawn upon when it is time to mobilize people. That bite was lost in the last general election when Ohaneze could not even come up with a single voice to endorse the poor performing then President Goodluck Jonathan. It has always been about the sharing formula for the group so they never bothered to pursue things that are in the interest of their constituency.

Even as a new leadership took the mantle of managing Ohaneze, the executive would have preferred that they are able to maintain the status quo; that of lying to the world and misleading its youths that Igbos are victims. The victim blame game serves the interest of these parochial leaders so well that they now accept their own lies as the truth, not because they are dubious but because they have repeated the lie of marginalization so many times that they now believe it to be the truth. They are therefore scared that the Army inquiry would give perspective to Nigerians and the lies would be exposed and the victim card would become worthless.

More frightening for Nwodo and his cohort is the likelihood that the inquiry would expose the true nature of the insurgency being waged by separatists like the Indigenous People of Biafra (IPOB) and Movement for the Actualization of a Sovereign State of Biafra (MASSOB). While Nwodo has openly backed these separatists, the inquiry may establish how Ohaneze is connected with the violent elements in these groups particularly how they are funded.

Ohaneze has done a good job till date in packaging the IPOB/MASSOB elements as harmless protesters asking for a Biafra republic – there has been no mention from the right quarters in Igboland about how this constitute a breach of the law. Had that been the only law broken in the agitation for a state that would not last one football season it would have been easier to stomach. But these are elments that finance their organisations from the proceeds of kidnap for ransom. They are the same people that killed other ethnic nationalities and buried bodies in shallow mass graves; the resort to shallow mass graves is apparently not unconnected with trying to avoid a repeat of Ezu river, when several corpses floated down the river. At one of their protests these separatists threw military personnel into the river in Onitsha.

The smokescreen fell away from the façade Ohaneze has been hiding behind when Nwodo openly declared that “No reasonable father would disown his child publicly because he misbehaved.” So he confirmed that the IPOB/MASSOB militias are their children while the latter half is an admission that these fighters "misbehaved", which is a mild way of acknowledging the destructive path they have chosen. Interestingly, further south of Igboland another Chief had made similar assertion when he claimed the militants that are destroying economic assets are his children. This gives some degree of clarity to the disrupted plan to cause mayhem in Port Harcourt under the guise of celebrating the inauguration of an American President that may soon place members of these militant groups on the US persona non grata list of those not welcome to his country.

Back to the more crucial issue of the Board of Inquiry, the panel must be accorded its status as being at par with a judicial panel; its proceedings and eventual outcomes must not be preempted in the manner that Chief Nwodo did when he said no one can be a judge in his own case and the outcome of the inquiry would not be acceptable to Ohaneze. It is understandable that the President General of Ohaneze with the militant youths he has acknowledged as his children would be jittery at the mere thought of hearing the families of people they have killed or maimed give testimony. The solution is however not to try shooting the inquiry down before it properly began its work.

One must however sympathize with Chief Nwodo. He inherited a fractured organization though a profoundly rancorous process and must now prove that he is the warrior leader of Igbo umbrella organization. Fighting shadows might just count in his favour so he will necessarily undertake more verbal attacks on persons and institutions that will leave his clansmen with the impression that he is leading them somewhere.

Since it will be uncharitable to identify a man's predicament without offering solutions, the suggestion is for Nwodo to get more realistic and persuade his followers, including the fighters to do the same. The slush funds they are angry at no longer having access to was not going to last forever anyway – they should therefore get real and find honest vocations, millions of enterprising Igbo people have thriving businesses all over the country that they would not give up for the pipe dream of political jobbers that are selling the mirage of Biafra. He must also find experts that could help those among his followers that are delusional to the point of dressing as and referring to themselves as Jews. And of course, the preoccupation with what the panel will find should stop if IPOB/MASSOB are as innocent as Ohaneze claims.

Disclaimer: "The views/contents expressed in this article are the sole responsibility of the author(s) and do not necessarily reflect those of The Nigerian Voice. The Nigerian Voice will not be responsible or liable for any inaccurate or incorrect statements contained in this article."
Articles by Israel Abiodun
30-11-2016  Osun State In The Last Six Years!10-11-2016  Boko Haram Funding And Demands Of Patriotism In Nigeria