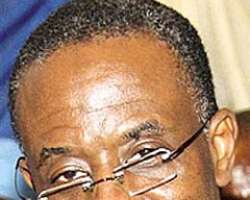 Following the recent scuffle between the Association of Senior Staff of Banks, Insurance and Financial Institutions and First Bank Plc, bankers have insisted that the situation in the banking sector does not call for disengagement of workers. DAYO OKETOLA writes.

Under a scheme tagged 'Early Retirement Scheme', First Bank of Nigeria Plc, recently handed out retirement letters to 291 members of staff, a situation largely condemned by the bankers' union as unlawful and a violation of the provisions of the country's labour law and industry wide collective agreement.

Although this is coming at a time the dust raised by the recent sack of over 7,000 workers from different banks at the early stage of the Central Bank of Nigeria stress test is yet to finally settle, ASSBIFI says the banks should not be disengaging workers but rather employ more hands.

The CBN appeared to have endorsed the mass retrenchment at the early stage of the stress test when it said that it was not healthy for the institutions to retain elements that were not consistent with its revenue profile. It, however, said later that it did not authorise the disengagements when criticism became high.

The CBN Governor, Mr. Sanusi Lamido, was quoted after a Monetary Policy Committee meeting in Abuja as saying the apex bank 'will not support a situation in which we direct an institution to continue to live on a cost profile that is not consistent with its revenue profile.'

At the heat of the crisis, a member of the House of Representatives, Mr. Kayode Idowu, moved a motion on mass sack in the banking sector. But the motion suffered a set back. Idowu had said that the mass lay-off of employees in the banking sector could be attributed to recent developments bordering on reforms

He said that the criteria adopted for laying off the affected workers could not be determined as the sack cut across different cadres of the banks' workforce.

Recalling a letter dated May 11, 2010, addressed to the group managing director of First Bank, the Secretary-General of ASSBIF, Mr. Javis Erhomosele, says the disengagement approach by the bank had previously been thrashed out through a letter dated September 3, 2009 before the bank's management saw wisdom in maintaining industrial sanity and equilibrium by entering into negotiation and redundancy agreement with the union on October 14, 2009. This, it added, led to the lawful disengagement of some workers.

According to ASSBIFI, 'Without any ambiguity therefore, we are indeed certain that your management is aware that its current ill-guided, subterranean handing of retirement letters to 291 of our members is unlawful and a clear violation of the provisions of our extant labour law and industry wide collective agreement. Section 20 of the Labour Act and Article 5 (B) of Part 11 (Section 1) of our collective agreement requires that you enter into negotiation with the national secretariat of the union before your present exercise can be sustained.

'As law abiding citizens, we expect that you will immediately guide your management to respect the law and procedure as the only means of sustaining our well cherished industrial harmony as we look forward to the immediate reversal of the ongoing rationalisation exercise, and receiving your invitation to properly negotiate and discuss as required by law.

'Your management is fully conversant with all the requirements and you may therefore agree with our justifiable position of taking no guise as an excuse.'

ASSBIFI had warned banks during the last Workers' Day that it was now prepared more than ever before to close down any bank or financial institution that failed to adhere to the laid down rules governing employer-employee disputes.

Erhomosele said, 'No bank, insurance company or any financial institution must disengage workers from service without due process, without following Section 20 of the Labour Act and Article 5B, Part 2, Section 1 of the industry-wide collective agreement, otherwise, my association or union will be ready to close down that bank or institution. Enough is enough of arbitrary disengagement.'

Not less than 7,000 workers from different banks were sacked at the early stage of the CBN stress test as the banks found wanting had to cut costs in order to stay afloat.

When contacted, an official of the corporate affairs section of the bank, Mr. Steve Omafuma, said the bank was working on a statement.

However, as at press time, First Bank was yet to make its position on the matter known to our correspondent after several efforts.

ASSBIFI and the National Union of Banks, Insurance and Other Financial Institutions' Employees have both threatened to shut banks several times over the mass sack.

Sanusi later said the allegations that CBN directed banks to sack workers were false because banks were private companies which could take decisions on the engagement and disengagement of workers based on business imperatives.

He said the N620bn injected into the banks that had problem was not given to them to retain workers, saying, 'we gave you the money so that you don't lose your money.'

According to Sanusi, 'If a bank is making losses and it continues running the overhead, it is taking depositors' funds to fund its operations and further eroding your money and placing it at greater risk.'

He said the banks had looked at their numbers and decided that there was problem.

Justifying his position, he recalled that Oceanic Banks had a staff strength of about 19,000. A substantial number of them recruited for branches that have not been opened. Contracts have been given. The company that supplies workers to the bank was owned by the managing director of the bank.

But Erhomosele believes, 'The situation in the banking sector does not in any way call for sacking of workers. The crisis in the sector was not caused by our members but by the management staff who have been dealt with. So, I don't see any reason why anyone from an assistant manager downward should be sacked.'

'To maintain professionalism in the banking sector, the banks should be employing more hands rather than disengaging,' he adds.

The scheme purportedly created by First Bank, according to him, is a ploy to discreetly disengage some workers before their retirement age without due consultation.

He says it was disappointing to know that some banks could resort to reprehensible tactics of mass layoff of its members under different guises.