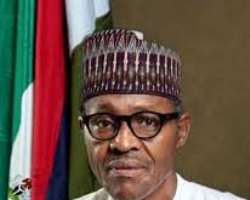 The helicopter that conveyed him from Kaduna touched ground at the helipad inside the Presidential Villa at 8.42am

Others were the Director-General of the Department of State Services, Lawal Daura; Inspector-General of Police, Ibrahim Idris; Chief of Staff to the President, Abba Kyari; and all Service Chiefs.