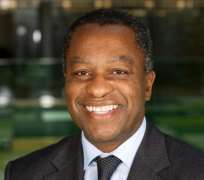 Nigeria's Foreign Affairs minister, Geoffrey Onyeama, has asked Nigerians with valid travel documents and plans to visit the United States to ignore the travel warning by Abike Dabiri-Erewa, Senior Special Assistant to the President on Foreign Affairs and Diaspora.

Dabiri-Erewa, had on Monday advised Nigerians with no urgent reason to visit the US to suspend their travel plans pending when there is clarity on Donald Trump’s immigration policey. She claimed that several Nigerians have been deported and their visas cancelled at various U.S Airports.

However, Onyeama while speaking with journalists in Abuja on Tuesday, urged Nigerians to ignore the travel warning.

He said that the US Ambassador to Nigeria and other top officials had denied reports that Nigerians are being targeted for deportation.

Officials in Washington also denied the allegations by Dabiri-Erewa, saying that anyone deported probably did not satisfy border patrol agents that their stay will be temporary.

"CBP officers are trained to be skeptical. Security is their first concern, and you may encounter delays or secondary inspection, an officials said.

"Make sure nothing that you bring appears to contradict your visa status. If you are coming as a tourist, don't bring along a book on how to immigrate to the United States or a stack of résumés, she concluded.

Per Second News in a report last year revealed that the U.S government has proposed adding a line to forms filled out by visitors to the United States that would ask them to voluntarily disclose their social media accounts, a step that it said would help in screening for ties to terrorism.

The U.S Customs and Border Protection, disclosed in a proposal in the Federal Register, that the social media information would give it extra investigative tools.

Per Second News gathered that visitors in their hundreds within the last one year have been denied entry due to information suggesting their stay might not be temporary.

Rep. Vern Buchanan, Republican from Florida., who has introduced one of the bills requiring social media information, called the Customs and Border Protection proposal “lame.”

“Voluntary disclosure won’t keep anyone safe,” Buchanan said. “If we want to win on the digital battlefield, mandatory screening is required.”

Buchanan’s bill would direct the Department of Homeland Security to review all public records, including Facebook and other forms of social media, before admitting foreign travelers.