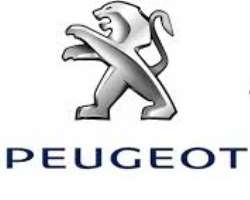 The French company that owns Peugeot and Citroen has struck a 2.2bn euro (£1.9bn) deal to buy General Motors’ European unit, including Vauxhall.

GM Europe has not made a profit since 1999 and the deal has raised fears about job losses at Vauxhall.

The UK factories at Ellesmere Port and Luton employ about 4,500 people.

With GM’s Opel and Vauxhall operations, PSA Group would become the second largest carmaker in Europe, behind Volkswagen.

In a statement, Carlos Tavares, chairman of PSA’s managing board, said: “We are confident that the Opel/Vauxhall turnaround will significantly accelerate with our support, while respecting the commitments made by GM to the Opel/Vauxhall employees.”

PSA said it would return Opel and its Vauxhall brand to profit, and expected to make savings of £1.47bn per year by 2026, with most of the cuts made by 2020.

Mr Tavares told the BBC that he trusted the Vauxhall staff to work in a “constructive manner” with PSA to improve their performance.

“As long as we improve the performance and we become the best, there is no risk they should fear.”

One worker at Vauxhall’s Ellesmere Port plant in Cheshire told reporters this morning that they were “still in the dark” about jobs.

Another said: “I think the deal is good for current GM and Vauxhall employees, but is there a future for younger workers after 2021?”

Len McCluskey, general secretary of Unite, said that the union would continue to “work day and night” to fight for Vauxhall staff at plants at Luton and Ellesmere Port.

“Our plants are the most productive in the European operation, the brand is strong here, the market for the products is here, so the cars must be made here.,” Mr McCluskey said.

“But there is also a role for the government to play. The uncertainty caused by Brexit is harming the UK auto sector.”

Business Secretary Greg Clark said: “The Prime Minister and I have been in close contact with the PSA Group and General Motors and they have been clear this deal is an opportunity to grow the Vauxhall brand, building on their existing strengths and commitments.

“I have set out the government’s determination to make the UK one of the world’s most attractive locations for innovative future vehicle technology, including electric vehicles and battery technology – a key part of our modern Industrial Strategy.”

But former Business Secretary Sir Vince Cable expressed concerns about jobs because of the government’s “lack of commitment to the customs union and the single market”.

“Car components have to go backwards and forwards across frontiers and they will acquire tariffs and checks.

“And Vauxhall is particularly is exposed to this, [as] about 80% of its exports are to the European Union.

“And if you’re a hard-headed car executive looking at the competitiveness of Britain versus German plants, Britain, I’m afraid, is going to slip down the ranking in future.”

‘Big mess’
Prof Peter Wells of Cardiff Business School said: “PSA’s Carlos Tavares has targeted savings of $2bn per annum so something has got to give.

“PSA will be inheriting quite a big mess, and out of that mess they are going to have to make something that is viable going forward.”

GM chairman and chief executive Mary Barra said it had been a difficult decision to sell Opel and Vauxhall, and insisted the business would have broken even in 2016 had it not been for the UK’s decision to leave the European Union, which caused a sharp drop in the value of the pound.

PSA Group says it will cut costs to increase profits, which has stoked concerns for more than 4,000 Vauxhall jobs in the UK.

The new owners met government and unions last week and provided assurance that existing production commitments would be honoured at Ellesmere Port till 2020 and Luton for some years beyond that.

However, it is generally accepted that the 24 factories the combined company will have in Europe is too many.

The deal is an exit from Europe for GM which has lost billions here since the turn of the millennium. It will allow them to focus on its home market of the US and its expanding operations in China.

PSA has said many countries are reluctant to buy French cars and the Opel brand will help them expand into new markets.

The chancellor will have extra motivation to be supportive of the car industry when he delivers Wednesday’s Budget.

He is expected to announce investment in skills, research and development around electric car technology in which PSA has so far lagged behind its rivals. – BBC.