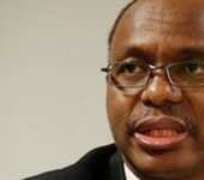 "We will write this for all to read. Anyone, soldier or not that kills the Fulani takes a loan repayable one day no matter how long it takes."

Those were current Kaduna state governor Nasir el-Rufai's words on July 15th of 2012 .

The words he again defended this Month while asking for the head of Chocolate City boss Audu Maikori for allegedly "putting the life of Fulani people at risk."

During the social media week talk, the "Fulani" governor reiterated :

"...I warned the (military) commander, this will happen. He did not listen. And that is why I put it on the record. So that when it starts happening, nobody will say he was not warned. Ultimately because of that tweet, the commander retracted his plan and they went and surrounded the settlement and searched for weapons and found none. And to me what I did averted a potential disaster. But that is being put as if I tweeted something inciting anyone. If you don't believe me.... If you don't believe what I tweeted, go and do what I said don't do it and see the consequences."

In essence, the Kaduna state governor was repeating the threat, that whoever likes should dare to attack Fulani and expect mob barbaric response from the Fulani as his 2012 tweet had stated.

It is important to quote the 2012 tweet again.
"We will write this for all to read. Anyone, soldier or not that kills the Fulani takes a loan repayable one day no matter how long it takes."

Highlight and underline the "We."
Governor el-Rufai announced on behalf of the Fulani, that "we" will put this notice for all to see. If you kill one of us, we will repay that debt someday guaranteed. In 2017 as sitting governor, el-Rufai repeated the warning once again without administrative caveat.

The governor who appears to double as the PRO of wayward Fulani barbarians, did not say and warn that any Fulani (or other individual) who takes the law into their own hands will be hunted down and dealt with by the full might of state security forces; rather he repeated the barbaric warning on behalf of the Fulani, saying, " If you don't believe what I tweeted, go and do what I said don't do it and see the consequences."

"The consequences of the Fulani," with no "consequence of the state against the Fulani" who he encourages to be a "state within the state."

Again, the "we" is that same "we" the governor engraved in his message to suspected Fulani terrorist encampments around the nation and neighboring states when he sent emissaries with payments to them with the message , "tell them (the Fulani terrorists) the governor of Kaduna is Fulani too and give them this money."

Governor Nasir el-Rufai needs to resign immediately. This radical, fanatic governor insists and persists to be a threat to the fiber of Nigeria.

It is no surprise that he paid suspected Fulani terrorists in Nigeria and neighboring countries. This is the jungle barbarian law that the governor is administering to his state.

Distressingly, this same governor created the "Islamic movement is a state within a state," pitch advertised to justify the Kaduna government and Nigerian military jointly conducted massacre of hundreds of Muslims in Zaria in December of 2015, demolishing their properties and secretly burying them in the dead of the night, condemned widely by global Human right groups and the United States government and investigated by the International Crimes Commission, ICC .

Is governor el-Rufai governor of Wahhabi extremists and Fulanis or governor of the people of Kaduna state?

At this point it has become necessary to publish this public notice: we Fulani are not lawless folk as governor el-Rufai insists.

As an authentic and verified pure bred Fulani descendant myself , from a prestigious Fulani cattle-rearer migratory family, credited with the creation of Zongo and Cow lane in Accra, Ghana , with a history of brilliant prowess and the promotion of peace and harmony across West Africa, I deny and denounce the governor's radical sect of lawless Fulani. We have no such creed. We are not barbarians. We respect the law and do not constitute a state-within-a-state.

It is necessary the governor of Kaduna resigns or is resigned and investigated for promoting terror in Nigeria.