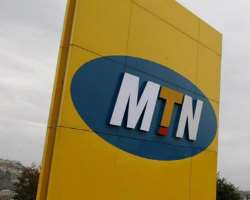 Protesters under the aegis of the Human Rights Defenders and Advocacy Centre on Friday disrupted business activities at the MTN headquarters at Falomo, Lagos, over the xenophobic attacks on Nigerians in South Africa.

Business activities were stalled for over three hours at the telecommunications company's premises, a situation which also affected other businesses in the building as the protesters did not allow vehicular movements into the premises.

ï¿¼The protesters expressed their grievances with placards displaying inscriptions such as 'Stop xenophobia', 'Stop the killings and looting', 'Let peace reign in Africa', 'Let's show love to one another' and 'Nelson Mandela is our hero'.

President of Human Rights Defenders and Advocacy Centre, Queen Rose Ameh, described the attacks on Nigerians and other African citizens as a barbaric attitude towards fellow human beings, urging that an urgent attention is needed to halt the crisis.

'Killing of innocent Africans living in South Africa is a barbaric attitude towards our fellow human beings,' she said.

She stated that this was not the first time South Africans would attack other Africans.

'It happened about two or three years ago. We went to the South African embassy at the time and shut it down,' she said.

She described the South African Government as an ingrate because of the role Nigeria and other African countries played during the reign of apartheid in the country.

Ameh urged the Nigerian government to develop its country so that no citizen would have any cause to travel to other African countries to suffer. – Headline.