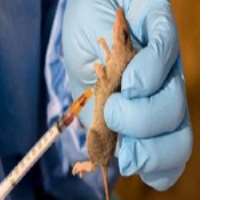 An outbreak of Lassa Fever has been recorded from a 32 year old woman in Zabarmari village of Jere Local Government Area of Borno state.

Lassa fever is an acute viral haemorrhagic illness of 2-21 days duration that occurs and transmitted to humans via contact with food or household items contaminated by rodent urine or faeces.

Briefing Journalists in Maiduguri ,Commissioner for Health, Dr. Haruna Mshelia said, the victim fell sick last week, and was admitted to a government hospital in Maiduguri, where a sample of her blood was taken to Lagos for test, after which result showed positive to the virus.

Dr. Mshelia said, even though the situation is under control, as the victim is responding to treatment, the ministry had to summon all stakeholders including traditional rulers to sensitize the public on the need to ensure proper sanitation and avoid eating rodents, especially rats.

He noted that already, the ministry has mobilized its personnel who visited Zabarmari, an outskirt of Maiduguri metropolis and identified 23 people who had contact with the victim, stressing that those suspected to have personal contact have been quarantined.

He stressed that, the ministry will soon embark on house -to- house fumigation, adding that, there is no cause for alarm.