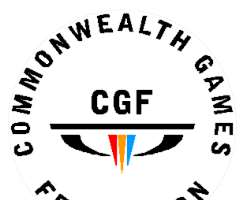 Durban may be unable to host the 2022 Commonwealth Games because of financial constraints, South Africa’s sports minister has said.

“We gave it our best shot but we can’t go beyond. If the country says we don’t have this money, we can’t,” Reuters quoted Fikile Mbalula as saying.

He said a final decision would be made by the Commonwealth Games Federation.

Durban was awarded the Games in 2015 after being the only city to make a confirmed bid.

In December, South African officials had said the country was “fully committed” to hosting the event.

The government had estimated the Games could generate up to 20 billion rand ($1.5 bn; £1.2bn) in economic benefit.

But Mr Mbalula said the government had been forced to reconsider.

“I don’t want to raise your expectations and say everything looks good, it doesn’t because we don’t agree on the fundamentals and that is the operational budget,” he told a media briefing.

The Commonwealth Games Federation said it was in the final stages of reviewing a submission by Durban and it would make a recommendation as soon as the evaluation was complete.

The possible withdrawal of Durban has sparked interest in the British city of Liverpool.

A spokesperson for the city council said: “Liverpool is interested in hosting the games in 2022. We had heard rumours that Durban might be unable to deliver the Commonwealth Games in 2022 and have already indicated to the government that we are very willing to host them instead.”

The Games were first staged in 1930 and are held every four years. They feature athletes from more than 50 countries, mostly former British colonies.

The 2022 event is due to be the first time the Games are hosted in Africa.- BBC.