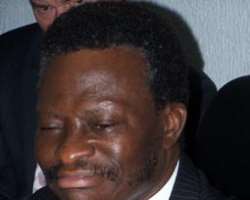 Airlines operators in the country have threatened to increase air fares if the government fails to intervene in the recent increase in the price of JET A1, popularly called aviation fuel.

Speaking with our correspondent in a telephone interview on Thursday, the Assistant General Secretary, Airlines Operators of Nigeria, Alhaji Muhammed Tukur, said operators would not accept the 'indiscriminate' manner in which oil marketers were raising the price of the commodity.

However, the oil marketers have consistently maintained that their price is based on the commodity's landing cost.

But Tukur said, 'It is high time AON acted over this fuel matter. We are going to direct our members to increase air fare if the oil marketers fail to reverse this price. As you know, aviation fuel is our major cost component, taking over 40 per cent.

'How then can we continue to allow the oil marketers' cartel to continue to cheat us? Last year, we were paying between N154 and N156 per litre. We cried, and following the intervention of the House of Representatives' Committee on Aviation, the price of the commodity dropped to between N78 and N82 after we realised that we were being cheated by the marketers. Now they have started again.'

The Media Assistant, Chanchangi Airlines, Mr. Ibrahim Adamu, said the airline bought the commodity for N107 in Lagos from AP and Oando; N117 in Abuja from Oando; and N118 in Kaduna from Oando.

The Director of Operations, IRS Airlines, Mr. Kenneth Wemambu, said the airline operators had resolved to present the matter to the Federal Government through the new committee raised by the Minister of Aviation, Mrs. Fidelia Njeze.

'We are waiting for what the government will do on this. That is what will determine our next action. Last year, after the intervention of the House of Reps, the price of aviation fuel had to fall by over 50 per cent when we discovered what the oil marketers' landing cost was. If they had been asked to refund us, I don't think they will come up with this again,' he said.

Meanwhile, the Nigerian Civil Aviation Authority, on Thursday, ordered Aerocontractors Airlines Limited to stop collecting fuel surcharge from passengers. The charge was introduced on Wednesday by the troubled carrier, which cited increase in the cost of aviation fuel as reason.

The price of aviation fuel, which was less than N100 per litre has currently come close to about N120, according to airlines operators. Consequently, domestic airlines, which are currently operating in red, have begun to react.

For Aero, a N500 fuel surcharge plus another N300 handling fee were meant to be paid on each ticket acquired by passengers across the counter.

Aero, which is still locked in discussions with Oceanic Bank Plc, over a N30bn debt, had said in a statement last week that the new charges, which it likened to 'Cash on Transaction' charged by banks, would help it cushion the effects of the new increase in fuel price.

However, the suspension order to the airline, which was confirmed to our correspondent by the Media Assistant to the Director-General, NCAA, Mr. Sam Adurogboye, was to enable the regulator to take a second look into the new charge to ascertain if passengers were not being ripped off.

A letter containing the new directive was handed over to the airline by NCAA after holding a marathon meeting with some executives of the airline s in Lagos on, according to sources at the meeting.

NCAA had summoned Aero to its headquarters, at the Murtala Muhammed Airport, Ikeja, Lagos on Wednesday over the new charges.

'NCAA needs to look at it again to ensure that passengers are not short-changed,' said Adurogboye, who added that the order to stop the collection of the new surcharge 'takes effect from Thursday.'