Smartphones as we know them will be dead in five years 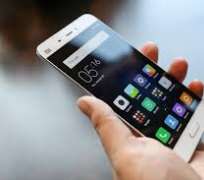 Walk around any phone store or browse online, and you’ll find rows of similar looking rectangular shaped smartphones. Compared to some of the crazy designs pioneered by Nokia (Helsinki Stock Exchange: NOKIA-FI), Ericsson (Stockholmsborsen: ERIC.B-SE) and the rest in the early days of mobiles, things look pretty tame now.

It’s also an age when sub-$200 smartphones are powerful enough for most people and even flagship phones from the likes of Apple (NASDAQ: AAPL) and Samsung (Korea Stock Exchange: 593-KR) don’t look radically different from their predecessors.

My musings come ahead of the Mobile World Congress in Barcelona which kicks off this week. It’s usually the place for the latest cutting edge smartphones, but this year looks flat. Samsung has delayed their next device – the Galaxy S8 – after the exploding Note 7 saga , and rumors and leaks so far have not suggested anything surprising. Though the Nokia 3310 could be making a return . Has the mobile phone world run out of ideas?

It’s easy to dismiss smartphone innovation as dead. In fact, one in two people think the smartphone itself will be obsolete within five years, according to an Ericsson survey of 100,000 people globally, released at the end of 2015.

Yes, smartphones will be dead in five years but not in the sense of being wiped out. Instead, innovation will come from new areas, not hardware, and the way we interact with devices will change. Smartphones as we know them today will be dead.

Right now, we use the phones to send messages, make calls, browse the web and watch things. That’s still going to be the case but the real innovation in the future is going to come from software and a large part of that is about making our devices smarter and more personal. The move is underway and artificial intelligence (AI) assistants such as Apple’s Siri, Amazon’s Alexa and Google Assistant will be at the heart of that.

More than one in four people (21.6 percent) use voice search on their devices at least once a day, while 26.7 percent use it at least once a week, according to a survey of 2,000 U.S. mobile phone users done in January by website consultancy firm HigherVisibility. Nearly 29 percent never use a voice assistant. But the potential here could be huge.

The biggest advantage is that it’s easier to use voice than type. But for technology giants like Amazon, Google and Apple, it’s also a chance to learn more about the user, and offer intelligent, smart recommendations and results.

Voice is also the best way for us to interact with the billions of internet connected items that are forecast to come online in the next few years, from fridges to new wearables. Google, Apple and Amazon, could potentially be on these devices in the form of voice assistants. At the Consumer Electronics Show (CES) earlier this year, Amazon stole the show , with its voice assistant Alexa, which was integrated with many devices.

We might find a rise of devices like the Amazon Echo speaker or Google Home as well as new wearables, home robots and nearly every other device in cities and houses connected to the internet. But this does not make the smartphone obsolete like many have predicted. The smartphone will still be at the center of people’s lives, it may just have a new role.

Innovation in smartphones will come in areas where it can play a role in the so-called Internet of Things (IoT), and that’s still very much in the center. Don’t be surprised if in five years if your smartphones look the same, but all of a sudden you’re talking to them a lot more, and they are able to control more of your internet-connected lives (CNBC).