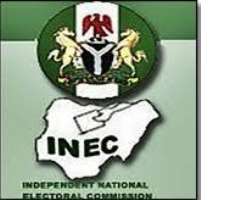 The 2019 general elections will surely be a watershed in the political annals of Nigeria.

The 2019 elections will be ephocal for a number of strategic reasons. Importantly, the election will test the will of President Muhammadu Buhari to guarantee free and fair process given that he is the biggest political beneficiary of a peaceful transition programme in the over half a century of Nigeria's existence. Buhari was returned the winner in the uear 2015 general election which the incumbent Dr. Goodluck Jonathan accepted. That remains unprecedented given that the then President could have sat tight and manipulated the electoral process to self perpetuate.

Jonathan was very civil. Secondly, Buhari used the Nigerian military might to force Gambian dictator Yayah Jammeh out of power when he lost an election but refused to step down. The eyes of the international community will be on Nigeria to see if the 2019 elections would be free, fair, transparent and the transition smooth and peaceful.

The positive role played by Muhammadu Buhari in using ECOWAS mechanism to sustain democracy in Gambia will therefore be tested in 2019. Will it be a case of DO AS I SAY AND NOT AS I DO?

To answer the interrogatory correctly, one institution that could make or mar the conduct and outcome of that significantly defining event of 2019 elections is the Independent National Electoral Commission (INEC) headed by the controversial Professor Yakubu Mahmood who headed the incompetent Education trustfund known as TETFUND which recently came under the hammer of the National Assembly for lack of transparency. Personal staff pf Professor Mohmood think their boss would deliver free and fair 2019 elections. Millions of Nigerians aren't convinced.

An African adage has it that “it is the resident rat that invites outsiders to steal from the house.”

In the same vein, it is how well prepared the electoral panel is that would determine the qualitative outcome of the 2019 elections.

With barely twenty four months to the year 2019 general elections, the electoral firmaments of Nigeria looks gloomy even as the umpire is neither actively working round the clock to put the square pegs in square holes to ensure a smooth, free and fair, peaceful, transparent and universally acceptable elections.

So in this piece, we are making the most urgent inquiries on the state of readiness of the electoral panel because of the overwhelming evidence that INEC under the current dispensation has fumbled and failed clearly to conduct conclusive re-run elections.

As it is now Professor Mohmood-led INEC is defined as INCONCLUSIVE ELECTORAL COMMISSION OF NORTHERN NIGERIA.

Another African adage has it that the “taste of the pudding is in the eating”.

It is also a shocking reality that since coming on board after the exit of Professor Attahiru Mahmud Jega, the current Chairman of INEC Professor Yakubu Mahmood has not discharged his duty with the patriotic zeal and the ethical professionalism required of a holder of such an exalted office.

The above apprehension resulted from the damning fact that out of all the re-run elections and even main elections it conducted, over 85 percent of those elections were flawed and substantially manipulated resulting in the elections been ruled as inconclusive.

Even the Edo and Ondo states governorship polls were clearly marred by administrative bottlenecks and clear cases of abuse of office by INEC to favour the party that produced his appointing authority.

The current Independent National Electoral Commission took almost eternity to agree to conduct some of these re-run elections in the Southern parts of Nigeria which came about by the nullifications of the 2015 elections in some of the positions filled in the year 2015 polls. INEC cited insecurity but this same INEC quickly conducted rerun elections in the terror afflicted North East of Nigeria. Whan an irony!

Before Professor Mahmood accepted to proceed to conduct the re-run parliamentary elections in Rivers State, the Senate of the Federal Republic threatened to embark on the first of its kind industrial action to compel the electoral panel to hold the Rivers re-run last December 10th2016 that is clearly over a year after those elections were nullified by the various election tribunals.

The same was the case in Okigwe Senatorial re-run which took several months and even the re-run was challenged before the tribunal because it was manipulated to reach a predetermined result.

Only last Saturday, the electoral panel organized re-run election in Etche local government area of Rivers to pick the Federal House of Representatives, but just this one election was almost manipulated because the electoral officers were barred from announcing the winners when it emerged that the People’s Democratic Party was on the verge of emerging the winners of both the Federal and State Houses slots.

Eventually the results were announced when Abuja knew it was difficult to rig that process.

Apart from the leadership inertia in INEC, the Federal government also was not initially in a hurry to reconstitute the board of the Independent National Electoral Commission but had to do that when leaders of the Civil Society and the National Assembly raised alarm that without the full complement of National Commissioners of INEC the 2019 polls may be marred.

So after nearly a year and half of the vacancies existing in INEC the government slowly inaugurated the newly appointed national commissioners.

The inauguration preceded the day’s meeting of the Federal Executive Council (FEC).

President Buhari admitted the oath of office on the commissioners at exactly 10.00am inside the Council Chambers of the Aso Rock Presidential Villa in Abuja.

The Council of State had on September 7, 2016 ratified the appointments of the six INEC additional commissioners.

The Senate had equally, on November 17, confirmed their appointments.

So with the appointments done and dusted, what is left is for this electoral body to hit the ground running but the opposite seems to be the case because there are no signs that the current hierarchy of INEC is preparing for a huge historical election with few months left.

It is a harsh reality that the last Professor Jega-led INEC intentionally disenfranchised millions of Nigerians from participating in the 2015 election and the electronic voting machines virtually failed to work in most parts of Nigeria thereby leading to deliberate theft of votes in some states just as juveniles who aren’t qualified to exercise the Universal Adult Suffrage were seen in the streets of Kano, Jgawa, Bauchi and most parts of Northern Nigeria casting their votes even whilst the compromised security apparatus failed to prevent these huge crimes against the electoral process.

The voters cards were not distributed equitably. Allegation flew around that some Southern States were shortchanged.

In some instances, several thousands of Malians, Nigeriens, Chadians were registered and issued Nigeria’s permanent voters cards whereas most eligible NIGERIAN adults were not given their voters cards and as I write millions of Nigerians have yet to obtain their voters cards and INEC is not embarking on continuous voters registration exercises thereby denying willing voters their Constitutional Civil and Political rights to vote in the coming elections.

Coming to the legal blueprint that guides the conduct of elections, the Electoral Act which was amended on December 29th2010 is a document fraught with several loopholes just as the aspect which criminalizes the manipulations of electoral process by the officials is yet to be activated thereby allowing INEC to remain the cesspool of corruption that it has for long come to be known.

Even as late as last week , the Police alleged that multi-million Naira bribes were paid out to INEC officials for conduct of elections. Indeed the Police displayed the cash used allegefly for the huge bribes of INEC officials.

How many corrupt INEC officials are in prison for compromising the 2015 elections? With the possible exception of Rivers State which is the center of focus of the APC-led Federal government, the criminal collusion of INEC Officials in other parts of Nigeria are often overlooked.

But why is this Yakubu Mahmood-led INEC that has gained notoriety as a deeply partisan body, not bothered to make hay whilst the sun shines?

Why wait till the last minutes before taking measures to ensure that all the necessary requirements for a smooth election are put in place? Why the fire-brigade approach which has never worked in Nigeria?

Can somebody please refer Professor Mohmood to the write up of Dr. Ben Carson in his masterfully written book titled “You have a brain: A teen’s guide to think big.”

Dr. Ben Carson wrote thus: “we are not born with insight. But every human being has the capacity and potential for insight. We can nourish and develop it- and we need to if we’re ever going to think big successfully.” INEC needs both foresight and insight if Nigeria wont be engulfed by political violence if the 2019 polls are manipulated as all indications seem to be showing.

Is INEC under Professor Mohmood working to undermine democracy by 2019 through poor preparations which may spark off electoral violence?

As we write too, the only sign showing that Nigeria has a big election in the next couple of months is the assignments of the deeply partisan Mr. Ken Nnamani-led All Progressives Congress dominated Presidential Committee on electoral reforms.

I think the National Assembly must take action to compel INEC to begin the preparations for the 2019 elections to prevent Nigeria from sliding into anarchy, chaos and doom.

Let the proposed amendments to the Constitution and the Electoral Act be expeditiously completed so the overwhelming lacunae in those documents are once and for all amended so the 2019 election can be peaceful and transparent.

The current leadership of INEC is anything but independent even when Section 158 (1) of the Nigerian Constitution confers Independence on the electoral umpires.