For NECO, the sun is shining! 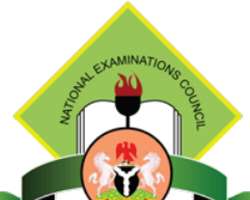 The National Examinations Council, NECO, has just announced that sixty percent of candidates who sat for the Nov/Dec 2015 General Certificate, GCE, had credit grade in, at least five subjects, including English and Mathematics. Announcing the results recently, NECO Registrar, Professor Charles Uwakwe, said the results brightened the chances of admission for the candidates. He vowed that NECO will continue to improve on the conduct of examinations and warned examination cheats to stay clear of NECO examinations.

Before NECO came on stream to break the monopoly of its main competitor, the candidates would have had to wait for another year before getting the chance to write the GCE. For thousands of school leavers since NECO came on stream, the rain has stopped, the cloud has lifted and, thank God, people are beginning to see clearer! It would have been a disaster of no mean proportion if people who wanted NECO dead had their way few years back.

The brouhaha over streamlining federal agencies was that the nation could do with money to be saved from a trimmer, fitter and more functional federal service than the unwieldy contraption the nation is saddled with. Emphasis was on cost-saving and few Nigerians would deny the fact that the federal service could do with half its present size and function even more efficiently. Is there anything wrong with that? No, if you asked me, especially if the ultimate aim is efficiency.

As a matter of fact, not a few Nigerians believe the federal civil service is bloated and the huge recurrent expenditure in maintaining the service is stifling, to say the least. The prevailing situation where nearly seventy percent of the federal budget goes to recurrent expenditure leaves no breathing space for proper development to take place. The situation is not helped by duplication of functions by some of the agencies, many of which were merely created to service pedestrian interests anyway.

But, the need to save cost does not justify scrapping NECO, either now or in the future because the examination was a child of necessity that gave hope to many school leavers who, otherwise, would have been denied placement in tertiary institutions. As well as breaking the monopoly of the West African Examinations Council, WAEC, government came up with the idea of NECO as means of opening a second window for school leavers. What this means is that the month long interval between the two examinations provides a second chance for average students to get their act together.

The way it is, it is becoming clearer by the day that the ultimate aim of the attempt at streamlining federal agencies was anything but sincere. In fact, there were many Nigerians who argued then, and with justification too, that the exercise was targeted at NECO and to some extent, JAMB. Other agencies listed to be streamlined were included to lend some element of credibility to the exercise.

Those who canvassed for NECO to be scrapped gave barely-tenable reasons. One of them, curiously, was Professor Julius Okojie, former executive secretary of the National Universities Commission, NUC, who said NECO must go because its certificates were not recognised in West Africa! It might also interest those who hold this queer view that many candidates are pursuing degree programmes in some of the best universities in the world with certificates issued by NECO.

Others even cited ‘high failure rate’ as reason for NECO to go! In this age where candidates access examination question papers online hours before they are written, credit must be given to NECO management for ensuring that question papers do not get into wrong hands or splashed on social media! Short of asking NECO to cook and award fictitious results, there is no justification for its being blamed for high failure rate. In their desperation, critics even argued as if separate set of examiners are engaged by examination bodies and further created the wrong impression that NECO examines her candidates based on a supposedly inferior syllabus.

In its seventeen years of existence, NECO has truly matured. Today, the Council conducts examinations that are universally hailed and acknowledged as credible. NECO has succeeded in doing this by working assiduously to be a step or two ahead of examination cheats. Frankly, the so called miracle centres are still in business because it is relatively easier for them to compromise examinations conducted by examination bodies other than NECO. Based on current trends, it can be said with some conviction that the so-called miracle centres and all manner of examination cheats would have completely been knocked out of business if NECO had the monopoly of conducting public examinations!

It is noteworthy that NECO succeeded in reducing cases of leakage of question papers after the services of ad hoc staff were dispensed of as custodians. The bona fide staff who now play that role are aware of and, conform with the organisation’s zero-level tolerance for corruption. Of course, a committed NECO workforce must share in the credit for effective conduct of examinations and the success in safeguarding question papers from being compromised. It is the sustained support of this committed workforce that NECO Registrar, Professor Uwakwe, will need in his onerous task of transforming NECO into a world-class examination body.

It must have been in pursuit of this desire that Professor Uwakwe pledged to promote the welfare of NECO staff and shield them from corrupting influences. It is a pledge that should be well taken!