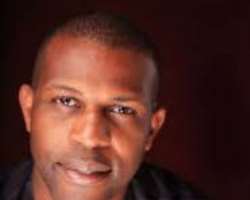 In this deep and revealing interview that takes you into the mind of Prince Tonye T.J.T Princewill, he finally speaks with a select team of journalists on the national politics, his current relationship with his "good friend" Rotimi Amaechi, his political mentor, Atiku Abubakar & his Governor, Nyesom Wike. He also airs his view on President Buhari's administration, the road so far, the way forward and why Nigerians are seen as, to put it in his words, "fantastically foolish".

You have been quiet. No press interviews except for occasional press releases and even then, they were more about your new blockbuster film 76, instead of your usual insightful comments. Why? Are you no longer a member of the Labour Party?

I still am. For now. The Labour Party is not without sin. But their own sin can still be managed.. Besides in Rivers state I take pride in not being part of the problem. I am glad you acknowledge that I have been talking. Life is not only about politics. But even then I have still talked about it. You see the biggest problem in Nigeria today is politics and the lack of internal party democracy. Moreso in the bigger parties. Good candidates hardly get party tickets. Rather confirmed thugs, touts, thieves and looters get to carry party tickets, leaving the poor voters with no real choice. Why? Because the party leaders and electoral bodies prefer their own personal interests to the interest of the people. So we await the day, when the people will fight back. That day will soon come. Let me be where I am until I have a compelling reason to find a new home. I am not desperate for power. I am desperate for results.

Those who lead the fight may not benefit from it. The truth is bitter. If it is my portion to fight, then it may not be my portion to also benefit from the successes of that very same fight. That is why I've removed myself from any future electoral contest. I'll simply rededicate myself to helping good people hold public office. It does not have to be me. I find even intelligent people still struggle to understand that being in politics does not automatically equate to contesting in an election. I no longer want to be Governor, I am not looking for an appointment, but I still want to improve my state, my region and my country. So let ambition not get in my way.

So how is your relationship with Amaechi? Are you still communicating?

Yes. We parted ways before the election because of how my team were treated and his decision not to support Jonathan, but we have since gone past that. Amaechi is not a vindictive person and neither am I. He goes with his conviction and so do I. His message to me was PDP had no love for either me or my people and he was right. My message to him was that there is a consequence for fighting Jonathan. And I was right too. When we parted ways, he and his team said some very unsavory things about me and I about them, but that is fair in war. The war is long over. I extended my hand of friendship to both APC and PDP after the elections. Only Amaechi as Minister took my offer. He visited me in my house and we ended up flying that same day to Kano together. I went on instinct. He came to me in peace. I consider him a "good friend" and a fighter. Politics is not do or die for me. That was over a year ago. We still talk from time to time and when I needed the high military authorities to see my film 76, he did not hesitate to make some calls for me. Very helpful. Everything is not about money.

So what about your Governor, Nyesom Wike?
Like I said, in spite of the rigged election, I extended my hand of friendship to him too. I did not go to court. I left him to proceed as ordained by INEC. When the Supreme Court judgement was dropped on us, just like it was in 2007, we accepted it again.. No fuss. I offered my congratulations and help to Wike in any way he wanted, but not a word, no response, no invitation. Except during a radio interview when I advised him to resist the need to respond to every APC comment and instead focus on developing the state. It was then he responded, pointing out that I had no idea what I was talking about because I was not even in the state. My counter advice is if you know so much about my whereabouts, divert some of the state resources used to tracking me to track down the kidnappers and armed robbers in the state. That would qualify as progress. You see Wike is the ruler type, not the consultative leader. He doesn't need anyone. Let us see where we are by the end of May before we speak further. Even rulers can deliver. Look at Gadaafi and Mubarak. Or even Abacha. As long as they use the power well. I am a fan of allowing people to lead. No distraction. Until they fail. My own is to wish him well and offer advice, even if he refuses to take it. My agenda is not personal. It's issue based. The problem with politicians with a warrior mentality comes when there is no war. Many Governors are hiding behind Buhari to explain their poor performance. It's smart. But black soot, insecurity, a lack of investment and no jobs for the youths is not a transferable responsibility. I pray for him.

Hmmm!! What about Atiku? Is he still your political mentor?

Of course. What Turaki can do in his sleep politically, most top politicians cannot do it even if they tried in a lifetime. He knows too many people, is not arrogant and knows too much about how to move this great country forward. Like with Amaechi, he is not at all vindictive, but they are both very stubborn. Like Tinubu. That is what I admire in the 3 of them. Put them on the same page and you have a force of nature. PDP felt it in 2015. Also in 2007 in Rivers state. If not for Atiku and Tinubu, Amaechi's first tenure would not have been as smooth. Divide the three and the cause is weakened. Seeing them all in APC makes the platform quite tempting if not for the recession mood and their seeming divisions. The two symptoms are indicative of a bigger problem I am yet to understand. That is why I have dusted off all my political robes. I see both the APC and the PDP as presently constituted unable to deliver Nigeria. They are both very similar.. The real change has to start within them. No third force is ready to challenge them yet, instead it looks like the smaller parties are merging into even bigger ones. Since I cannot spectate on my children's future, before May is over, I too will take my stand.

So what's your take on the Buhari administration?

I didn't vote for him. Neither did I vote for Wike. But unlike some people who actually voted for either of them, I'm ready to give both of them their two years before I take a formal position. So far their records speak for themselves. But my position in society requires more from me than just my gut feeling. I am not the man in the street so even though I feel their pain, when I talk, it must be without sentiment and constructive, so even the government cannot deny. Good governance is not an emotional exercise. For now I pray for both of them, especially Mr. President, now that he is not feeling too well. Health is the priority. Running this country requires a lot of wisdom, strength and grace.. From what is in play now, it is clear he's not been operating at full strength. I am sure even he is reflecting on the journey so far. It is not too late to turn things around for either Buhari or Wike. But time is not on their side.. Do they have a plan?

What about the Buhari anti-corruption drive?

Some people think it is selective. Maybe. My question is did the people caught steal? If yes then let's congratulate the EFCC and the ICPC first. They should continue to catch thieves. Even faster. Those enjoying APC immunity today should not be surprised if tomorrow they are victims too. Of even this very same Buhari government. I don't see Buhari as someone who can not jail his party member or his friend. I suspect the stealing in Nigeria has been significantly reduced, but it has not been stopped. Nobody is fooled. My plea is catch thieves but grow the economy too. It is not one or the other.

So what is the way forward?
Beware of people who pose like they have all the answers. Leadership is teamwork. To solve a problem this big, you really have to understand it. Let me not prescribe for you a prescription to an ailment I'm yet to properly diagnose. However I can say this; based on feelers I've received and our recent history, Nigerians are still deceiving themselves. The same politicians they are fighting over call them fantastically foolish and here is why: They worship wealth and corruption more than they worship hard work and sacrifice. That which matters most - their children's future is easily sacrificed at the altar of that which matters least - their stomach. The bad news is this is the Nigerian way. The good news is that every day, more and more Nigerians are becoming wise to the ways of politicians and are prepared to confront them. One day all this nonsense will stop. Because without electoral reform, a consequence for electoral violence, justice being seen to be done and proper patriots, a new breed of rebels will continue to multiply in Nigeria. When I see die hard APC and PDP apologists I laugh. Neither of them is without sin. Both good people and bad people exist in both or all parties. The answer is not in just one or the other. It's in good people from all sides of the political spectrum working together, joined by good people from outside of the politics. Period. Politics is too important simply to be left to just the politicians. Even plus including me.