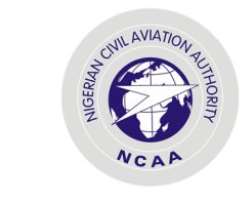 The Federal Government has recalled two out of the nine directors who were sacked from the Nigerian Civil Aviation Authority (NCAA) Friday.

“I can confirm that two of the directors, Abdullahi and Sasegbon have been recalled and their sack rescinded, ” he said.

NAN reports that the government, through the Ministry of Transportation, had on Friday sacked the duo and other directors in the aviation regulatory agency with immediate effect.

The directors affected by the sack were Alhaji Salawu Ozigi (Director of Finance and Accounts), Dr Joyce Nkemakolam (Director of Aerodrome and Airspace Standards) and Mr Aba Ejembi (Director of Administration).