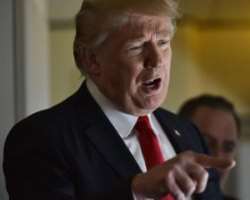 The White House blocked several news outlets from attending a closed-door briefing Friday afternoon with press secretary Sean Spicer, a decision that drew strong rebukes from news organizations and may only heighten tensions between the press corps and the administration.

The New York Times and CNN , both of which have reported critically on the administration and are frequent targets of President Donald Trump , were prohibited from attending. The Huffington Post was also denied entry.

Both the Associated Press and Time magazine, which were allowed to enter, boycotted out of solidarity with those news organizations kept out.

“Nothing like this has ever happened at the White House in our long history of covering multiple administrations of different parties,” Times executive editor Dean Baquet said in a statement. “We strongly protest the exclusion of The New York Times and the other news organizations. Free media access to a transparent government is obviously of crucial national interest.”

Trump's presidential campaign blacklisted nearly a dozen outlets through part of the 2016 election. However, Spicer said in December the Trump White House would not kick news organizations out of the briefing room over critical coverage. During a panel discussion that month with Politico, he  said you can't ban news organizations from the White House. “ That's what makes a democracy a democracy versus a dictatorship.”

CNN suggested in a statement the Trump White House was retaliating against certain news outlets over their coverage.

Politico editor-in-chief John Harris and editor Carrie Budoff Brown said in a memo to staff after also being excluded that the newsroom's management plans “to very vigorously assert and defend an independent media's right to cover the institution of the Presidency.”

“Selectively excluding news organizations from White House briefings is misguided and our expectation is that this action will not be repeated,” they wrote.

Jeff Mason, a Reuters correspondent and president of the White House Correspondents Association, said the organization's board “is protesting strongly against how today's gaggle is being handled by the White House.”

“We encourage the organizations that were allowed in to share the material with others in the press corps who were not,” Mason said. “The board will be discussing this further with White House staff.”

The gaggle included members of Friday's White House press pool, which is a rotating group of journalists covering the president's movements for the larger press corps. It also included journalists from major networks like NBC, ABC, CBS and Fox News.

The White House also invited journalists from conservative outlets such as Breitbart News, The Washington Times and One American News Network, sparking concerns that the administration was playing favorites with certain politically aligned outlets.

“We had invited the pool so everyone was represented,” White House spokeswoman Sarah Sanders told HuffPost. “We decided to add a couple of additional people beyond the pool. Nothing more than that.”

Hours earlier, the president continued his attacks  on the “fake news” media, which he dubbed an “enemy of the American people.”

Lydia Polgreen, editor-in-chief of The Huffington Post, said she was “deeply disturbed” by the White House's decision to bar HuffPost from the briefing and “heartened that other members of the White House Correspondents Association decided to protest the gaggle in solidarity.”

“We hope that the White House will recognize the vital importance of including all credentialed media outlets when briefing reporters on matters of undeniable public interest,” Polgreen said.

BuzzFeed editor-in-chief Ben Smith also weighed in on his outlet being left out of the briefing.  “While we strongly object to the White House's apparent attempt to punish news outlets whose coverage it does not like, we won't let these latest antics distract us from continuing to cover this administration fairly and aggressively,” he said.

Though a reporter from the Wall Street Journal attended, the paper said later it would not do so again under such circumstances.

“The Wall Street Journal strongly objects to the White House's decision to bar certain media outlets from today's gaggle,” a Journal spokesman said. “Had we known at the time, we would not have participated and we will not participate in such closed briefings in the future.”