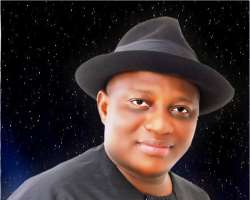 I wish to protest the illegal industrial Action embarked upon by the Radio Television and Threatre Arts Workers Union, RATTAWU and the Nigerian Union of Journalists, NUJ Radio Bayelsa Chapter and the unwarranted attack on my person.

The Management of Radio Bayelsa was never informed about any complaints concerning the grievances of workers, as there was none to the best of my knowledge. Since I assumed office there was industrial harmony until I uncovered a payroll fraud perpetrated by some Accounts Staff. Since then the Unions in conspiracy with the culprits started to hold unusual meetings and fomenting trouble.

Without any reason, the RATTAWU and NUJ leadership shut down the plant on Monday, February 20, 2017 without giving any reasonable reason for their action. They harassed staffers and threatened workers with lethal weapons. In less than one hour, all the workers were forced to vacate the premises.

The action of RATTAWU AND NUJ is illegal, tyrannical and threatens the very fabric of the Civil Service because, to the best of my knowledge the Unions have not followed due process. It is damnable and anti-government.

1. RATTAWU AND NUJ have not summoned a meeting with management howsoever to lodge any complain. Till now, the Unions have not communicated to the Management that they are on strike, because in the first place there is no reason that would warrant such.

2. The Public Service Rules provide that for any Union to embark on any industrial action, the Union as a matter of obligation, write to the Nigerian Labour Congress, NLC, as all the issues raised by RATTAWU and NUJ had been settled by the office of the Chief of Staff on January 10, 2017

3. If RATTAWU and NUJ have no respect for me, one would have thought that they would report any issue with the Ministry of Information and Orientation. RATTAWU and NUJ even undermined the office of the Commissioner for Information and Orientation to unilaterally declare an industrial action. The Unions did not also give the office of the Chief-of Staff any respect so they did not revert to him to explain their grievances.

4. Yesterday, RATTAWU and NUJ, went from office-to-office and from door-to-door to chase out their workers. Then in the evening at about 7.15 pm, I saw four persons sitting near my window discussing. I eavesdropped and what they were threatening to destroy the generator His Excellency, the Governor graciously gave to the Corporation. They were also talking about beating some of the HoDs coming to carry out their legitimate duties. I was then compelled to move out to ask why they were in the Corporation’s premises in such an ungodly hour. I could recognize Tonye Yemoleigha who challenged me and was combat ready. They were three men and one girl. I directed them to leave the premises quietly because I heard their discussions. I told them I would report to the Hon. Commissioner for Information and Orientation and the Chief-of-Staff. The next thing was that one of them threw a chair at me and I dodged it. Two of them attacked me and I looked around and saw a little piece of wood and used it to defend myself. I fought back in self-defense. They were moving out when some persons came out to tell them to go out. I consider this a well-orchestrated attempt to attack my person.

My submission is that the Ministry of Information and Orientation, the office of the Chief-of Staff and the office of the Head of Service should do a thorough investigation, examine the underlying causes of this riotous behaviour of RATTAWU and NUJ. It is my deep-seated conviction that somebody may be beating the drums for RATTAWU and NUJ to dance. I acknowledge the rights of Unions to embark on industrial action on legitimate issues but no such issue has arisen. The allegation that Government wants to use me to sack workers in the Corporation is a wretched falsity and accredited mendacity. Government has already said that no worker will be sacked.

It will be recalled that the DPO of Ekeki Police Station came to see me and was told that the Unionists had shut down the plant. In his magnanimity, he tried to make peace but the same irate Unionists at Radio Bayelsa uncontrollable unionists to assault him. As General Manager, I am yet to apologize and make restitution in the case of the DPO. I shall make myself available tomorrow to explain in details what happened. I have already sent this protest letter to the authorities. The so called Unionists are just scared that their corrupt syndicate has been busted

d are still beating the drums for them to dance.
I remain absolutely committed to the ideals of the Restoration Administration and the rule of Law. I am here to sanitize the Corporation because of the rot I met. Within the short period I have made monumental strides but some people may be enamoured to the business-as-usual paradigm of running government Corporations.

Sincerely,
ANYONE WHO BELIEVES IN A STORY THAT I FLOGGED THREE MATURE MEN AND ONE WOMAN MAY NOT BE THINKING RIGHT. SO I AM NOW A HEADMASTER, WHILE THOSE WHO SAID I FLOGGED THEM ARE MY PUPILS. LAUGHABLE!!!!