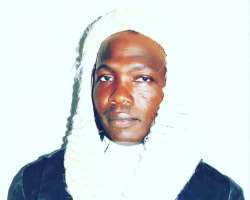 The 2017 Appropriation Bill of the Niger State Government has passed Second Reading at the plenary of the State Assembly.

Majority Leader of the House, Hon. Isah Dandodo Ibrahim from Rijau Constituency led the debate for the consideration of the Bill and appealed to his colleagues to ensure quick consideration of the Bill, so as to accelerate its further legislative action, especially to pave way for sectoral defense by officials of the State Ministries, Departments, and Agencies in the State.

In his contribution, Hon. Adamu Hassan Abugi, Member representing Lapai Constituency, urged his colleagues that haven deliberated on the Governor’s speech during the previous plenary, which contains most of the priority areas of the government for 2017, there was the need to fast track its accelerated consideration of the main Bill to the relevant Committees for further action, and his motion was later seconded by Hon. Moh’d Nuruddeen Umar, Member representing Kontagora I Constituency.

At this juncture, the Speaker directed the clerk to read the Bill for second reading, and thereafter directed the House Committees on Finance and Appropriation to serve as the main Committee, while other standing Committees of the House should be sub committees for detailed scrutiny with relevant MDA’s Budget defense exercises.

Chairman of the House Committee on Appropriation, Hon. Moh’d Bashir Lokogoma, in his remark, suggested that the House should adopt a working time table that will span two weeks, and appealed to all Chairmen and Members of the various subcommittees to abide by the schedules, so as to guide them in their assignments, and his advice was subsequently adopted by the House, as announced by Mr Speaker, Rt. Hon. Marafa Ahmad Guni, for the Joint Committees on Finance and Appropriation to return their reports and recommendations on the 9th of March, 2017 at the plenary.

In another development, the House has also directed its Committee on Agriculture to reconsider its report presented by the Vice Chairman of the Committee, Hon. Abbas Waziri, Member representing Magama Constituency, of the State government’s request for a resolution on Federal Government Special Fertilizer Intervention Programme Credit Line for N3Billion for the State.

The action of the House was in response of the House Committee’s report on Agriculture submitted at the plenary, which informed the House that the said facility of N3Billion, has interest of 9%, which generated discussion without reaching consensus and hence, the Speaker directed the House Committee to liase with relevant officials of the state to further get clarifications as requested by the House.

However, the House has adopted the recommendation of its Committee on Agriculture as presented by its Vice Chairman, Hon. Abbas Waziri, that the 2nd request should be granted in order to enable the State Ministry of Agriculture to purchase grains for the rainy days, but the House should ensure that the proceeds are remitted to the Ministry of Finance and used to argument the shortfall from the Federation account allocation; and the House unanimously adopted the recommendation as announced by Mr. Speaker.

The plenary was subsequently adjourned for the next legislative day, as moved by the Majority Leader and announced by Mr Speaker, Rt. Hon. Marafa Ahmad Guni.