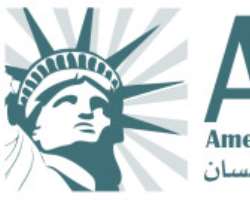 The American Human Rights Council (AHRC-USA) is concerned with reports of armed individuals parading in Dearborn with the seeming intention of scaring the public and causing anxiety and panic. This ostentatious display of guns has caused fear and anxiety as would be reasonably expected. The armed individuals were carrying their weapons openly under the authority of Michigan's Open Carry law.

There were three troubling open carry incidents in Dearborn so far- one of them at the Dearborn police station. The last incident occurred on Thursday, Feb. 23, 2017 when five armed individuals walked through the Schaefer Avenue and Warren Avenue area.

These incidents have caused great anxiety and fear. Adding to the tensions is that these incidents are occurring in the midst of a toxic political environment with controversial policies harshly impacting immigrant and Muslim American communities.

AHRC understands that Michigan is an open carry state and open carry is the law. However, we doubt that the legislators had in mind authorizing armed masked individuals walking into police stations or parading in immigrant communities to scare the public, especially the women and children.

"A fundamental human right is the right to live in safety without fear of harm," said Imad Hamad, AHRC Executive director. "The law is being misused to endanger the police and to instill fear in women and children," added Hamad. "We urge the Michigan legislative branch to revise the law," concluded Hamad.