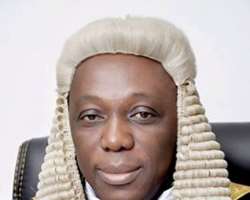 Hundreds of placards carrying peaceful protesters from Sapele, stormed the Ministry of Justice, appealing to the State Government to prevail on the Sapele Local Government Council Chairman to maintain status quo and not to evict them from the Sapele Ultra-Modern Market.

The protesting traders who barricaded the entrance of the Ministry of Justice accused the Local Government Council of using security agencies to intimidate them with a view to forcefully evicting them from stalls previously allocated to them at the Sapele Ultra-Modern Market, alleging that heavily armed combined security forces condoned off the Market thereby depriving them of their means of livelihood.

They appealed to the State Attorney-General and Commissioner for Justice to wade into the matter for a speedy and amicable resolution.

Addressing the traders, mainly women, the Attorney-General and Commissioner for Justice, Barr Peter Mrakpor, appealed to them to return home and assured them of timely resolution of the impasse as the State Government was on top of the situation, adding that a formal report has been forwarded to the Governor and action would soon be taken on the matter.

The Justice Commissioner, who was seen making frantic telephone calls at intervals apparently to the Governor and perhaps to the Sapele Local Government Council Chairman, eventually succeeded in calming the nerves of the angry protesters who left the premises of the Ministry happier than they came.

Earlier, Mr. Tony Akpeki who spoke on behalf of the protesting traders disclosed that stalls were allocated to them after due process had been followed by the immediate past administration.