US SENATE FAILS TO END DEBATE ON WALL STREET REFORMS 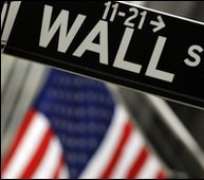 Republicans have blocked for now a final Senate vote on a financial regulation bill containing the most significant reforms since the 1930s.

Two Democrats joined 39 Republicans to deny the Democrats the 60 votes they needed to wrap up debate on the bill.

The move was a surprise setback for one of President Barack Obama's top domestic priorities.

US Senate Democratic Leader Harry Reid hopes to hold another vote on Thursday on wrapping up debate on the bill.

Fellow Democrat Christopher Dodd is manager and chief author of the bill.

He said he was confident there would be enough votes on the next attempt to limit debate and move the Senate toward a decision on final passage of the measure.

There is widespread public support for tightening the regulation of Wall Street.