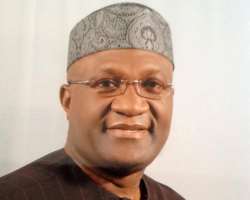 SAN FRANCISCO, February 21, (THEWILL) – President of the apex Igbo socio-cultural organization, Ohanaeze Ndigbo, Chief John Nwodo has stated that the agitations of pro-Biafra elements would have been tamed if the Movement for the Actualisation of the Sovereign State of Biafra, MASSOB, and the Indigenous People of Biafra, IPOB, were appeased like the Niger Delta Avengers and the Boko Haram in the North East

Noting that the Federal Government treats Biafra supporters with disdain, he called on the government, during a tour in Port Harcourt on Tuesday, to avoid using violence against those agitating for Biafra.

His words, “Our people feel marginalized, they feel ill-treated. In this country the most sensitive position pertains to the national security, but there is already a vote of no confidence that the Ibos cannot be trusted with the security of the nation.

“I don't know why the Federal Government does not want to give people fiscal freedom. We are calling for true federalism.

“I know of the Niger Delta Avengers who are angry as the MASSOB and IPOB and are destroying oil facilities. I don't know any of them that have been arrested. What has the IPOB done to be treated differently?

“The fact that we have not joined them means that they have not received our cheers because we still believe that the FG can still handle the situation. I call on the Federal Government to have a rethink on how they handle the issues of IPOB and MASSOB. If they treat them as they have treated others they will have a rethink.”