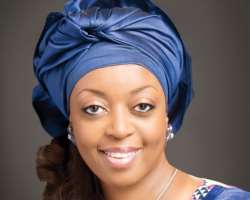 The Economic and Financial Crimes Commission (EFCC) on Tuesday said it will prosecute a Deputy Director of the Independent Electoral Commission (INEC) in Akwa Ibom State, over the N23.29b poll bribery cash given out by former oil minister, Diezani Alison-Madueke.

Gogo Anderson Waribo who was former Electoral Officer in Rivers State, was alleged to have collected N16m out of the money.

EFCC Head of Media and Publicity, Mr. Wilson Uwujaren, said the suspect will be put on trial as soon as investigation is concluded.

“Waribo allegedly collected N16 million linked to the N23 billion slush fund linked to Diezani Allison-Madueke during the 2015 general election, with the aim of influencing the outcome of the election.

“He was arrested by EFCC operatives following intelligence report that some INEC officers conspired with some staff of Fidelity Bank to defraud the Federal Government of several millions of naira.

“Although he denied the allegations, investigation revealed that the INEC deputy director’s name was on the list of the “bribe takers.”

“It was revealed that he received N16 million through his First Bank account on March 27, 2015 and gave N5 million to Peter Popnen, an ex- INEC official.

He will be arraigned as soon as investigation is completed.

“The EFCC has been probing the embattled former Minister of Petroleum Resources, Mrs. Diezani Alison-Madueke on her alleged involvement in a $115 million (N23, 299,705, 000) 2015 poll bribery scandal.”

About four oil firms, 14 directors of oil companies, two banks, two RECs, more than 16 INEC directors and others are also under investigation for the matter.