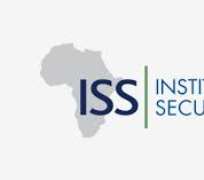 The Chief of Defence Staff (CDS), General Abayomi Gabriel Olonisakin has commended the leadership of Institute for Security Studies (ISS) and her efforts in capacity building.

The CDS noted that with the array of faculties in the institute, ISS is doing a lot to improve the knowledge of intelligence gathering of the participants which could impact positively in the ongoing war on insurgency and other allied criminalities in the country.

The CDS made this commendation when he played host to participants of the Executive Intelligence Management Course 10 of the ISS who were on a geo strategic tour of notable security institutions in Abuja.

The CDS observed that with the current rate of insecurity facing the country, threat analysis requires comprehensive knowledge and urged the institute to strive to chart a new intelligence policy to meet up with the current realities.

Stressing further, the CDS who was represented by the Chief of Defence Policy and Plans, Air Vice Marshal Bashir Saidu added that the strategic part of the ISS curriculum is very commendable and expressed satisfaction with the array of participants from various security agencies and regulatory bodies.

He noted that the inclusion of various government agencies gives room for cross fertilisation of ideas and collaborations.

Speaking earlier, the Director ISS, Mr Matthew Seiyefa, said the choice of Defence Headquarters was in recognition of the military’s tremendous contributions to national security and nation building.

He further stated that the rising threat profile in the country can only be checkmated if the intelligence community synergise with strategic security agencies like Defence Headquarters to understand the operations and strategic interplays in the interest of national security.

Highlights of the visit included a presentation on the roles and operational organisation of the DHQ as well as various military operations being carried out simultaneously to rid the country of terrorists and criminal elements.