By Media Initiative against Injustice, Violence and Corruption (MIIVOC), 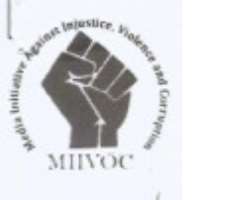 A Civil Society Organisation, Media Initiative against Injustice, Violence and Corruption (MIIVOC), has invoked the Freedom of Information (FOI) Act, 2011, demanding explanations from the Presidential Advisory Committee against Corruption-PACAC on issues of transparency.

MIIVOC, in an FOI request, dated 7thFebruary, 2017, addressed to the Chairman, Presidential Advisory Committee against Corruption and signed by its FOI Officer, Phillip Inyang, made a seven-point demand of the Committee, bothering on transparency and accountability in its operations.

“We are concerned about the slow pace of the country’s anti-corruption war, as well as issues relating to funding and activities of your Committee.”

“Details of the Committee’s achievements since its inauguration in 2015; details of all the monies received so far from public institutions in Nigeria (Federal, States and Local Governments; Ministries, Departments and Agencies of Government; Executive, Legislature and Judiciary); details of support and funding from the international community from inception to date, especially, funds from: Trust Africa, Open Society Initiative for West Africa (OSIWA) World Bank, British Council, United States Government and all other donor agencies; details of how all such funds were spent; details of Workshops, Trainings and Seminars organized by the Committee in which participants were required to pay money and total amount generated from all such trainings; a certified true copy of the Terms of Reference of your Advisory Committee and the actual financial state of the Committee, as at December 31st, 2016.”