CBN and the campaign against naira abuse – The Sun 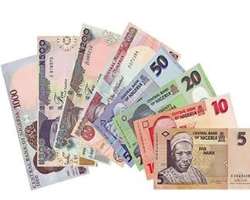 There was a stampede two weeks ago at the Dei Dei and Jabi trading areas in the Federal Capital Territory (FCT), Abuja, following a joint raid by policemen and officials of the Central Bank of Nigeria (CBN) on the two locations reportedly being used for illegal trading and hawking of the naira.

At the end of the raid that lasted several hours, the CBN said it recovered from the traders over N1.7 million reportedly 'abused' through willful acts of mutilation.  The raid, which was carried out by the Enforcement Committee of the CBN with the support of the police, was part of  the renewed efforts by the apex bank to stop the abuse of the nation's currency and enforce the relevant provisions of the Banking Act.

For some years now, the CBN has been speaking out against the increasing abuse of the local currency. The practice, it said, is in contravention of Section 21(1) of the CBN Act, 2007. The section states that any person who tampers with any legal tender, coin or note, issued by the CBN is guilty of an offence. The offence also includes selling, buying, spraying and squeezing of the naira. These offences are punishable with six months imprisonment or N50,000 (fifty thousand naira) fine or both upon conviction.

The Acting Director, Corporate Communications, CBN, Mr. Isaac Okoroafor, says the raid on identified illegal naira trading spots will continue nationwide, together with public enlightenment. He disclosed that wedding venues will be a prime target in the enforcement campaign already in progress.

There is no doubt that every nation's currency is part of its cherished national symbols that should be handled with utmost respect and dignity. Sadly, that is not the case with the naira. It has been abused at will in many obnoxious ways. Some people handle the naira as if it is disposable tissue paper. Many write on it as if it is a useless piece of paper.

There is, therefore, no doubt that this trend calls for a change of public attitude. But this change should be effected through deliberate and sustained public sensitisation.

The apex bank, under the leadership of its two previous helmsmen, Prof. Charles Chukwuma Soludo and Lamido Sanusi  Lamido, tried in vain to stop the abuse of the naira.   It is good that the present leadership of the bank has taken up the challenge.

We, however, do not subscribe to the raiding of markets and social engagements to stop the defacing and spraying of naira notes. Our view is that the decent way to do this should be through persuasive communication tools that should go down to the grassroots. The National Orientation Agency (NOA) should play an active role in this effort.

The use of policemen to raid those who trade in, and abuse the naira in other ways in markets and at parties, is not the appropriate way go about this issue. The CBN should, instead, try to appeal to the patriotic sensibilities of the citizens. There is no doubt that it costs a lot of money to replace defaced or mutilated currency. But, it bears repeating that arresting people for spraying, selling or defacing the naira may not yield the desired result of according the nation's currency the respect it deserves.

Beyond this campaign, we urge the CBN to focus more attention on its core mandate, especially, its monetary policies. It is odd that at a time that the value of the naira has crashed to its lowest in the nation's history, and inflation is ravaging the citizenry, the CBN is busy chasing those who are involved in the physical abuse of the naira. The effort, indeed, seems like a distraction from the more serious problems ailing the naira.

The CBN should rev up its efforts to restore confidence in the naira. Tight control over the commercial banks and its own operations will stem the illegal supply of new naira notes to illegal currency traders at a time that new notes are not available to bank customers in the country.

We urge the CBN to do everything that it can to shore up the value of the naira against other foreign currencies. It should also stem inflation that is now at an all time high of 18.72 percent.   We do not believe that the raiding of markets and wedding parties to arrest those who sell and mutilate naira notes is one of the ways through which it can do these.