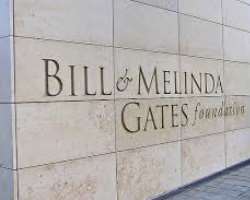 The Bill and Melinda Gates Foundation spent $250 million on health, education and improving the lives of the poor in Nigeria in 2016.

Dr Mairo Mandara, its Country Representative, told the News Agency of Nigeria (NAN) in Abuja on Sunday that the foundation does not estimate how much will be invested on a nation but based its investments on the needs on ground

“Five years ago, we spent about $35 million; but last year alone, we spent 250 million dollars because the needs were high and we had to spend the money.

“This year we will see a little increase in what we were doing; we do not say this is the amount of money we will spend in Nigeria.

“We see the need and then address the need based increasingly on partnership with the government; we look at what the government is trying to put on its own scale and then partner with them.”

Speaking on the 2017 annual letter written by the Gates Foundation to the world, she said that it was significant because “it highlights the successes of the foundation” even in time of hardship and loss.

She said that in the annual letter, they usually expressed their reflection of the year and their expectation for the world.

She said facts showed that the foundation was experiencing the fastest growth the world had ever seen and that through it, 122 million children’s lives had been saved since 1990.

Highlighting some of the achievements of the foundation across Africa, she said that mortality in children under the age of five caused by pneumonia, diarrhoea and malaria had decreased across sub-Saharan Africa.

“In Nigeria, we have witnessed a 49 per cent reduction in under age five mortality between 1990 and 2016.

“Also in Nigeria, percentage of children who receive vaccine against Diphtheria, Pertussis, Tetanus, Hepatitis B and HIV increased to 56 per cent in 2016.”

Mandara said that there was increased access to information about reproductive health and innovative contraceptive methods.

She added that 27 per cent of women now use contraception in sub-Saharan Africa, while Nigeria accounted for 15 per cent of the figure.

According to her, this implied that more women now have the power to make their own family planning decisions.

She also said that a report by the United Nations (UN) says that extreme poverty in sub-Saharan Africa has decreased by 28 per cent since 1990.

She, however, urged wealthy Nigerians to support the cause of humanity to help improve the lives of others and bridge the poverty gap, adding that millionaires around the world had started supporting it.

“Mr Gates has started a giving programme called `The Giving Pledge’ where he goes to his billionaire friends to convince them to give half of their wealth to charity upon their death.

“They can choose whatever area they want to invest in but it has to be for the cause of improving the lives of others and so the billionaires are already coming out massively to support other people.

“What is crucial is that our own multi-millionaires in Nigeria need to get up-to-speed in investing in critical strategic areas that improve the lives of poor people particularly health, education and poverty reduction.”

The Bill and Melinda Gates Foundation has been supporting humanity’s cause in Nigeria through donations to government and other Non-Governmental Organisations (NGO) for more than 10 years.