Now South Africa (Mpumalanga, Northern KZN and Limpopo) is bracing itself for the same devastating results as seen in Mozambique last night
By APO - Africa Newsroom 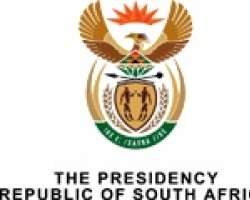 CAPE TOWN, South Africa, February 17, 2017/APO/ --
To many, the news an approaching Tropical Cyclone Dineo was unbelievable and to some it was not real until it made landfall last night in Inhambane, southern Mozambique. It was accompanied by strong winds exceeding 100km/hr as well as torrential rainfall and rough seas.

Now South Africa (Mpumalanga, Northern KZN and Limpopo) is bracing itself for the same devastating results as seen in Mozambique last night. The rain from this system has now started affecting the north-eastern parts of South Africa from this morning. Rain has already begun in the Ehlanzeni District Municipality of Mpumalanga and it is expected to become heavy as the night continues and spreading through other areas.

The areas to be directly affected per district are in Ehlanzeni (Mbombela, Nkomazi and Bushbuckridge), Mopani (Phalaborwa, Tzaneen, Giyani and Maruleng) and Vhembe (Malamulele, Musina and Thulamela). This storms and rains will continue until late Saturday – (18 Feb 2017).

The expected level of impact will be severe with rain of up to 200mm in 24 hours still expected and the wind speed of just below 100km/h. The likely impact are widespread flooding that could result in damage to roads and bridges, thus cutting off communities, displace others and straining the emergency services. Communities are warned about the dangers that the cyclone poses and are urged to be careful and take precautions as complacency might lead to loss of life.

Recognising that failure to respond rapidly in a coordinated and coherent manner, might lead to more destruction, the National Joint Operational and Intelligence Structure (NATJOINTS) comprising of various government departments and institutions (e.g. COGTA, SAPS, SANDF, GCIS and SAWS) was constituted. The NATJOINTS has developed a plan that is currently being implemented, working in tandem with all the affected provinces. The three Provincial Joint Operational and Intelligence Structure (PROVJOINTS) of Limpopo, Mpumalanga and KwaZulu-Natal are complementing the work of the National JOINTS. The KZN PROVJOINTS has been activated as a precaution, as there is a chance of being impacted by heavy rainfall in the northern parts of the province.

All the disaster management teams are ready and we are also encouraged by the fact that other Provinces like Gauteng, Free State, Western Cape and North West pledged assist the affected provinces where the need arises by providing specialized emergency services. It is important to note that even if government can be ready, the success of the plans being implemented requires community to cooperate and adhere to the tips issued.

The following tips are important:
a) Parents, care givers and guardians are urged to ensure the safety of their children during the storms. In case of going to school, it is important to ensure that they are safe and do not cross flooded roads, bridges and rivers.

b) Communities are therefore requested not to cross flooded roads, low lying bridges and rivers. It is also important for people not to underestimate the power of moving water, especially flooded rivers.

c) Be especially cautious at night when it’s harder to recognize flood dangers.

d) If walking outdoors, avoid crossing rivers and swollen streams where water is above your ankles.

e) Just 6 centimetres of fast-moving flood water can knock a person off their feet, and a depth of 2 meters is enough to float a car.

f) Never try to walk, swim or drive through fast-moving flood water. Stop, turn around and go another way.

g) Listen to the special warnings on radio and/or television

h) Abandon your home immediately guided by relevant authorities if evacuation is recommended, before access is cut off by flood water.

i) Never drive into water covering the road. You would not know how deep it is or if the road has been washed away.

j) If the vehicle stalls, leave it immediately and seek higher ground

The NATJOC and all other teams dealing with disaster management will continue to monitor any further developments relating to this cyclone and storms. Updates will be issued as and when necessary through various communication channels. Government urges communities to regularly follow developments through Radio, TV and other communication channels as this will assist to keep them safe.