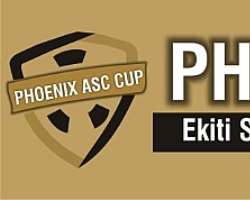 Phoenix Ekiti State Secondary Schools Cup final is set as expected as arrangements have been concluded ahead of what would be the most exciting School Sports final.

Phoenix Athletic Sports Limited, the organizers of the tournament, has offered assurances of a memorable experience to the finalists, fans and top football administrators that will be in Ado Ekiti for the finals of the tournament.