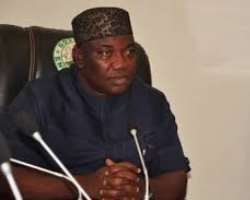 Governor Ifeanyi Ugwuanyi of Enugu State has enjoined members of the public to support the Inner Wheel Club in its effort towards assisting women, children and other the vulnerable members of the society.

The governor spoke when he played host to members of the club led by its international president, Lady Oluyemesi Alatise, during their courtesy visit to inform him of the club’s annual conference and rally in Enugu.

The governor explained that the club is one of the largest women’s organisations in the world that continue to play a very crucial role in the improvement of the lives of women, children and the disadvantaged in the society, through the “many life changing projects and programmes carried out across the world”.

He also congratulated Lady Alatise on her emergence as the first African and Nigerian international president of the club, adding, “I receive you today not just as the governor of Enugu State but as a Rotarian and former President of the Rotary Club of Emene. Therefore, I am very much at home with the objectives of the Inner Wheel Club as well as the commendable service it has been rendering to humanity.”

He later assured the club of the full cooperation of his administration and urged other well meaning individuals and organizations to help the club attain its noble goals.

Earlier, the president of the Organisation, Lady Alatise, told the governor that they were at the Government House to inform him of their annual national conference in Enugu, as well as present her book highlighting the path to women’s progress.

Lady Alatise further noted that since inception the group has been striving to improve the lives of vulnerable groups especially women and children, and has been at the forefront in the campaign against female genital mutilation, child abuse, neglect and rape.

She commended the governor for his developmental strides in the state and enjoined him not to relent.