Kenyans: Fighting Drug Trafficking should not be a Weapon of Party Politics 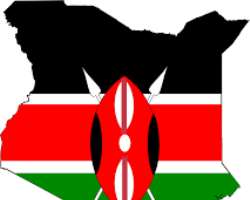 The three sons of Akasha has been arrested and taken to America for a trial in a case related with drug trafficking. This is not the only time the Akasha family has been mentioned in matters related to drug trafficking. The Akasha name and its suspected link to drug trafficking has been there for the past ten years .No arrests have done been done in the past, facts and reasons known to those managing Kenya’s power politics. This time round they have been arrested and handed over to America because they come from the coastal region of Kenya, which is also the opposition strong-hold in the current Kenyan politics. The sons of Akasha are also perceived to be close friends or relatives to Hassan Joho the governor of Mombasa who is also not in political good books with the current Jubilee government in Kenya. The idea is that the three sons of Akasha have not been arrested because of drug trafficking, but because the current Kenya government wanted to use them as away of Harassing Hassan Joho.If at the all the government of Kenya was serious about fighting drug trafficking, it could have also arrested drug lords in central province and Nairobi province of Kenya. These two regions have the highest number of serious drug lords hiding behind sycophancy and loyalty to the current government. Unlike the sons of Akasha, the drug lords from central province of Kenya have not been arrested because they will vote for the current government in the coming general elections to be held in August 2017.

It is so unfair that the Kenya government having all the machinery to fight drug trafficking, corruption and terrorism is now playing with these vices as the weapons of ethnically driven party politics. It is out of these political shenanigans that fighting of terrorism in Somalia through the Kenya defense force has failed because most of the youth in Kenya are left in poverty and those who are recruited into the armed forces only succeed to be hired because of tribal and political correctness. Thus Kenya defense force (KDF) is filled up with soldiers without military talent and spirit. Same to fighting corruption, the ethnically and politically corrupt are never punished whatsoever the available evidence of their involvement in corruption. This is how the government is also dealing with drug trafficking. It is wrong.