We will not allow the protest planned by popstar star 2Face Idibia: Police 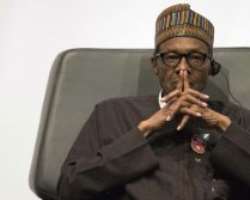 Nigerian Police, yesterday, said it would not allow the anti-government protest planned by popular music star, Innocent Idibia, (2Face Idibia) to hold in Lagos, just as Ekiti State Governor and Chairman of Peoples Democratic Party, PDP Governors Forum, Mr Ayodele Fayose; lawyer and human rights activist, Ebun-Olu Adegboruwa; among other Nigerians, insisted that Nigerians have a right to freedom of expression. The popular Afro-Pop artiste, 2Face Idibia, had earlier in the week, called for the support of his fans and colleagues via his social media platforms to join his march against the crippling economic state of the nation. The protest is slated for February 6, 2017.

The popular Afro-Pop artiste, 2Face Idibia, had earlier in the week, called for the support of his fans and colleagues via his social media platforms to join his march against the crippling economic state of the nation. The protest is slated for February 6, 2017.

In a video posted on his Facebook account on Tuesday, 2Face urged Nigerians to come out in a “peaceful and articulate manner” for the march, adding that “the need for urgent solutions to the challenges facing Nigerians has become very clear. Things are not getting better for the majority, we are still where we are, poor and desperate. I will no longer be quiet.”

The group coordinating the protest, @EiENigeria, wrote in its Twitter handle: “In view of the latest police update, how do we proceed with the march? Protest continues as planned. #IStandWiithNigeria. Our leaders owe us their ears too and they must hear us. This march is about connecting the government with the citizens.”

But the Lagos State Commissioner of Police, Fatai Owoseni, said the command will not let the protest hold in the metropolis. Owoseni said intelligence reports indicates that criminals might hijack the process to wreak havoc in Lagos.

He said: “Information reaching us revealed that some hoodlums are planning to hijack the peaceful protest and at such, we won't allow it to hold in Lagos. We know that Tuface does not have the capacity to contain such a crowd and we will not fold our hands and watch while things go out of hand,” Owoseni said. According to him, “no matter how good an intention is, hoodlums would always find a way to harass, rob and attack innocent members of the public who may wish to go about their lawful duties. Owoseni had earlier said, the protest planners have not officially notified the police of their plan, stressing that the police encourage civil society groups to inform the force anytime they want to stage a protest because of their safety and that of others, as hoodlums seize such medium to perpetrate evil.

The Police, however, threatened to arrest the singer if he dares hold the protest. Fayose, Adegboruwa react Reacting to Owoseni's position, Governor Fayose reminded the commissioner that “the duty of the police to secure Nigerians is mandatory, not optional.

Therefore, if there is any intelligence report suggesting the possibility of criminals hijacking the process, it is the duty of the police to provide security cover for the protesters.” In a statement by his Special Assistant on Public Communications and New Media, Lere Olayinka, Governor Fayose noted that the All Progressives Congress, APC-led Federal Government must be made to understand that leadership is about accountability and to be accountable, leaders must listen to public opinion either by civil or peaceful protest.”

Fayose continuing, said: “Court of Appeal affirmed in its judgment in Inspector General of Police Vs All Nigerians Peoples Party that protest or gathering do not require police permit or interference as obtainable in an advanced democracy. “Most importantly, the protest is said to be for and about good governance. So who is afraid of the protest? Who does the police represent or is representing in this issue?”

Justifying the protest, the governor said: “Nigerians are hungry and angry, our currency is now above N500 to $1. If Nigerians want to show their anger, no one should prevent them. Nepotism, extra judicial killings, disobedience to court order and human rights abuses must stop. “The conscience is an open wound and the guilty is afraid. If the APC-led Federal Government is now acting as if the protest is against it, it means the federal government has accepted to be guilty as charged. Like I said before, I support the protest. Also, lawyer and human rights activist, Ebun-Olu Adegboruwa called the bluff of the Police Commissioner, asking him to get a copy of the Nigerian constitution to guide his actions instead of threatening to cut short the wishes of the masses.

This is also as Niger Delta ex militants have pledged support to the protest, saying it is the best way to go. The ex militants vowed to heed the 2Face call for peaceful protest if it would call the attention of the government to the plight of Nigerians. Adegboruwa said: “I have read reports credited to the Lagos State Commissioner of Police declaring that the rally slated for Lagos on Monday February 6, 2017, will not hold. I consider this to be an attempt to intimidate those who wish to partake in the rally, otherwise it cannot be a message for us veterans and indeed the deprived, oppressed and hungry people of Nigeria. “For the information of the Police Commissioner, Nigeria is a democratic country governed strictly in accordance with the provisions of the 1999 Constitution. Section 39 of the Constitution grants freedom of expression, including the right to be heard and to disseminate information and ideas. Section 40 grants the right to associate and gather together. Section 38 grants the right to freedom of movement and peaceful assembly.

I believe that Mr Fatai Owoseni has a copy of the Constitution, to guide his actions and utterances on this matter, instead of threatening 2Baba and law abiding citizens, who are responsible for his salary.” He reminded Owoseni that the issue of police permit for citizens to gather freely expired with the coming into force of the 1999 Constitution and that hinging on it to deny people right to gather was like going back to the military era of shutting up citizens from legitimate expressions. “I therefore, urge the good people of Nigeria, especially those who reside in Lagos, to join us en mass at Ikeja, for the rally on February 6, 2017. We cannot be intimidated in our own country, by the same people who are paid to protect us. “This is not a rally by miscreants or thugs as to warrant the fears being expressed by the police commissioner. The statutory duty of the police is to offer us protection on Monday and help to maintain orderliness, throughout the period of the rally. So come rain or shine, we shall hold the rally on Monday, as scheduled, because it is illegal for the police to seek to ban a lawful assembly,” Adegboruwa added.