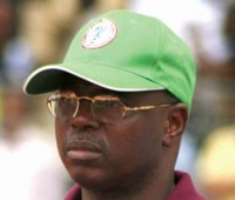 UNABLE to determine the election petitions filed by Bayelsa United's Chairman, Victor Baribote, and Abdulazeez Mohammed against former international, Davidson Owumi, who was recently elected chairman of the Nigeria Premier League (NPL), the Nigeria Football Federation (NFF) has referred the petitions to the Arbitration Panel.

Owumi was elected by a majority vote at an election conducted in Abuja penultimate weekend. However, Abdulazeez, who contested against Owumi in the chairman of chairmen election, and Baribote, who stood against him in the chairmanship poll, vehemently disagreed with the manner of his emergence and filed cases at the NPL Election Appeal Committee.