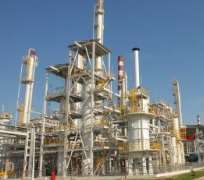 In a statement, Chief Ben Okoye, the company’s Vice Chairman, said: “Phase one of the project has commenced following the securing of $6 billion from BP Oil International Limited, London.

“The project is designed to be built in two phases and Phase one which is expected to come on stream in 2020, will produce 1.66 million 0etric tonnes (MT) of methanol and 1.3 million metric tonnes of urea per annum.

Methanol production
Shedding lights on the $6 billion it secured from BP Oil International, he stated: “The contract was recently signed at the London office of BP Oil International for exclusive off take of methanol production from Phase 1 of the BFPCL project in Brass, Bayelsa State, over a period of 10 years. The Agreement is a key condition precedent for securing the foreign direct investment from the project lenders and international investors.

“Attracting a major international player like BP bears testimony to the tremendous support for the project by the current administration of the Federal Government of Nigeria (FGN), the Nigerian National Petroleum Corporation (NNPC) and the Central Bank of Nigeria (CBN), as well as the hard work and commitment of the project developers,” he said.

On jobs creation, he said: “The project will employ 15,000 workers indirectly during construction and 5,000 permanent workers after the project is completed.”